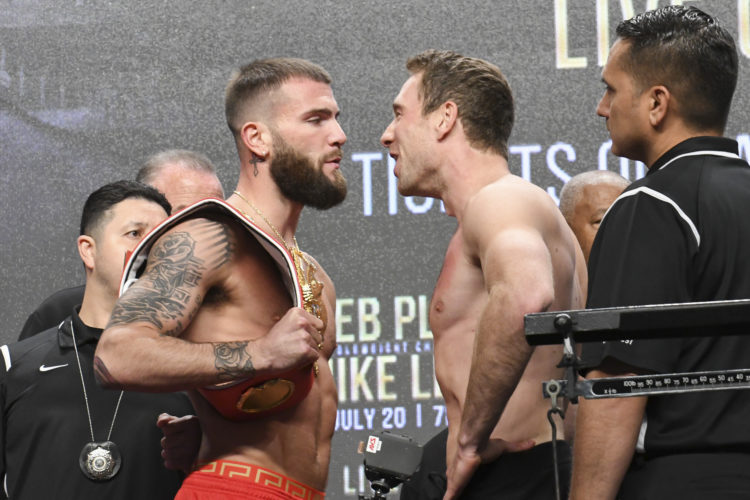 IBF super middleweight world champion Caleb Plant (19-0, 11 KOs) handed out a one-sided beatdown to Mike Lee (21-1, 11 KOs) over the course of three rounds in his first world title defense on Saturday night at MGM Grand Garden Arena in Las Vegas. Plant dropped Lee in round one with a leaping left hook, Lee would survive to be dropped three times in round three. Lee got up each time, but referee Robert Hoyle had seen enough and called a halt to the bout. The time was 1:29.