Evgeny Shvedenko (13-0 6KOs), who now trains with Eddie Croft at B St Boxing picked up a win last night against Nuhu Lawal (27-6 15KOs in Germany.

Shvedenko spent a good portion of this camp sparring with Sergiy Dervyanchenko, who just fought Gennadiy Golovkin, and Shvedenko appears to have transitioned from a prospect to contender. 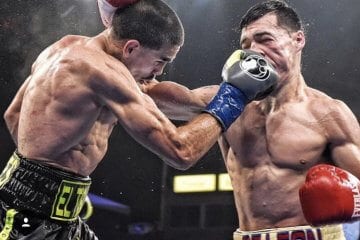