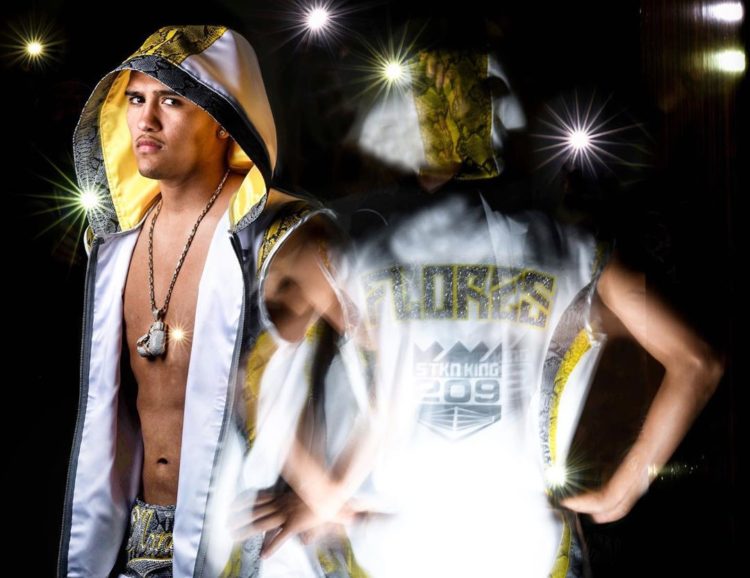 Rick Mirigian along with his star client, WBC super lightweight world champion and 2012 U.S. Olympian Jose Ramirez, have been the lifeblood of the Central Valley fight scene for the past decade. The duo has come together to set attendance records at SaveMart Center en route to Ramirez’s ascension to stardom which culminated in Ramirez’s last bout unifying two titles, WBC and WBO super-lightweight titles, by beating Maurice “Mighty Mo” Hooker.

With all that Mirigian’s accomplishments missed one thing that laid dormant, the fight at the Chuchanski Ballpark, in the heart of downtown Fresno, California, the home of the Fresno Grizzlies.

On November 9th, this will change as Mirigian along with major boxing promoter, Top Rank Inc, will hit Fresno as they have for the past seven or so years, bringing world-championship boxing to the heart of California.

This time Mirigian will not be making history with Ramirez, but rather his new young protege Gabriel Flores Jr., a young Stockton fighter, who signed with Top Rank Inc at the age of sixteen-year-old, and has already sold-out The Stockton Arena, in Flores’ first bout there, as well as won more national titles as an amateur than he has fingers on his hands. Despite Flores Jr., not being the main event, those in the local area will more than likely come in herds to see the young star on the rise as the world championship title fight between Jamel Herring and Lamont Roach Jr., will be more of an added bonus than the reason some are coming, for those in the region.

The rarity of a baseball park being used in the sport of boxing makes it an iconic setting. Miguel Cotto fought Yuri Foreman at Yankee’s Stadium in New York City, Andrzej Fonfara fought once where the Chicago White Sox play (the field has been renamed multiple times) on Friday Night Fights, Canelo Alvarez KOed James Kirkland at Minute Maid Park in Houston, Joe Louis, Jack Dempsey, Ray Robinson, Ray Leonard versus Roberto Duran and Sonny Liston versus Floyd Patter ended up in baseball stadiums as well. The fact is, not a lot of people get to fight in a baseball stadium, and part of the reason is rarely can people sell to fill one up.

In short, a lot of responsibility is placed on the fighters on the card to sell out an arena, but with Flores Jr. doing most of the lifting along with Mirigian’s strong base in Fresno, California, the event looks to be a historic event as the main event bout features two great fighters, neither of whom are located in Fresno or even in California, meaning they need a little support. Fighters like Marco Arroyo, a fighter who sold a lot of tickets in Stockton, when Flores Jr. sold-out the venue, will also be featured on this card since he is a major ticket seller as well.

The card which features a historic setting will feature some of the better younger talents in Top Rank’s stable as Gabriel Flores Jr. and Edgar Berlanga being featured on an iconic platform. A little less than one month from now, one of Mirigian’s goals for Fresno will now be accomplished.

For ticket information about Gabriel Flores Jr. return on November 9th at Chancanski Park, which will be broadcast on ESPN, please visit TopRank.com