The marquee fighter who has garnered hype throughout the amateur, has also amassed an equally impressive 100k followers on IG, was walked around with security everywhere he went in Mexico.

The young fighter has all the checkmarks to be a great fighter, all that is left is accomplishing that, and winning his pro debut was a great start.

With 3x-Super-Bowl champ Willie McGinest, and his own promotional company, H20 Promotions, to start his career, Sylve has a lot of things going for him, other young fighters don’t. 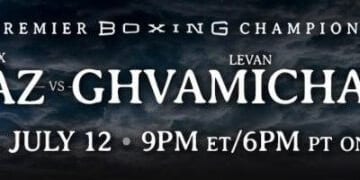