Kasir Goldston – Why Mazzi Is Wise Beyond His Years 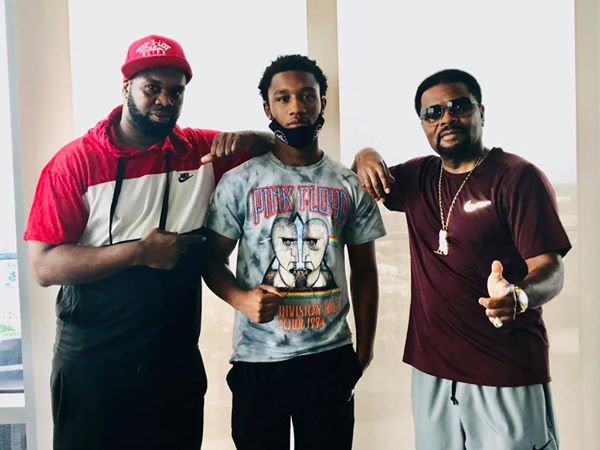 Boxing is often a father and son relationship, but for recently signed Top Rank welterweight Kasir Goldston, who is managed by boxing royalty J Prince, it seems to have not just informed his boxing skills, but made him wise beyond his years.

Goldston, best known as “Mazzi” in the amateurs, is only 17-years-old, following the road set forth by great U.S. amateurs turning professional early such as Erickson Lubin, Gabe Flores Jr., Devin Haney, and many others. Mazzi, who won over 200 amateur fights including international bouts in which his father along with friends and family saved up money to take them overseas to compete beyond just your typically national tournament, which saw them face new hurdles such as jetlag, new cultures, and navigating new systems, things that are complicated outside of facing new boxing styles. In these tournaments, Goldston would typically win, and win at a young age, furthering the acknowledgment as one of the best American amateurs currently prior to turning pro.

When you look at Goldston, who from this point on I will refer to as “Mazzi”, one thing is clear, he is smart, physically strong, and going to be able to adjust on a fight-by-fight basis gaining experience with the best matchmakers in boxing, Brad Goodman and Bruce Trampler of Top Rank Inc, yet his biggest strength to me is his father and coach, Tyshaun Goldston.

I can tell from the few chats I have had with Tyshaun about his son, “Mazzi”, including an embarrassing one in which I looked like an idiot, and came off as a real prick, Goldston genuinely wants what is best for his son. He worked hard to give his son, “Mazzi”, all the chances to elevate through the highest level of amateur competition, he put his son with one of the best boxing managers in boxing history with J Prince, and he rarely talks about himself, it is all about his son.

As a quiet arena at The MGM Conference Center in Las Vegas, Nevada, affectionately renamed “the bubble” for its COVID-19 precautions, became a place in which Mazzi and stablemate Jahi Tucker, turned pro, and with a lack of crowd which suited young fighters who could listen to their corner intently. In a way, it was the perfect debut for “Mazzi” as it was a father/son moment, one that will never be taken away from them and witnessed by thousands of people streaming on ESPN+.

Most articles that would spotlight Goldston might tell you the obvious, that he can fight beyond his years, that his ring IQ is very high and he is built for the professional stage, but few might look at the close bond he has with his father, and the family environment that surrounds his team and camp out of Albany, New York, or as some might lazily say “Upstate New York”.

Goldston’s debut was against Isaiah Varnell (3-3), who had a winning record as a professional, as “Mazzi” fought a fighter who was 13-years his elder. I just want to note, I am not sure when the myth of a younger fighter should be favored against an older fighter started, as in grade school and so on, you never wanted to mess with the older guy, so for that reason, I think it is impressive to get a win over a guy that has been on the planet a bit longer than one’s self, in your first professional fight, when seemingly anything can and will happen.

In his forthcoming bouts, we will look to have more coverage and document the emerging super lightweight contender, whom many have pegged for greatness, as we look forward to telling his story slowly and fairly to help add to the enjoyment of his future bouts.

What captures our attention about Mazzi is how he appears to be a young OG, able to adapt the lessons of his elders while parlaying the advantage of one’s youth.

Jose Zepeda vs. Ivan Baranchyk - The Best Fight Ever.

Kasir Goldston – Why Mazzi Is Wise Beyond His Years