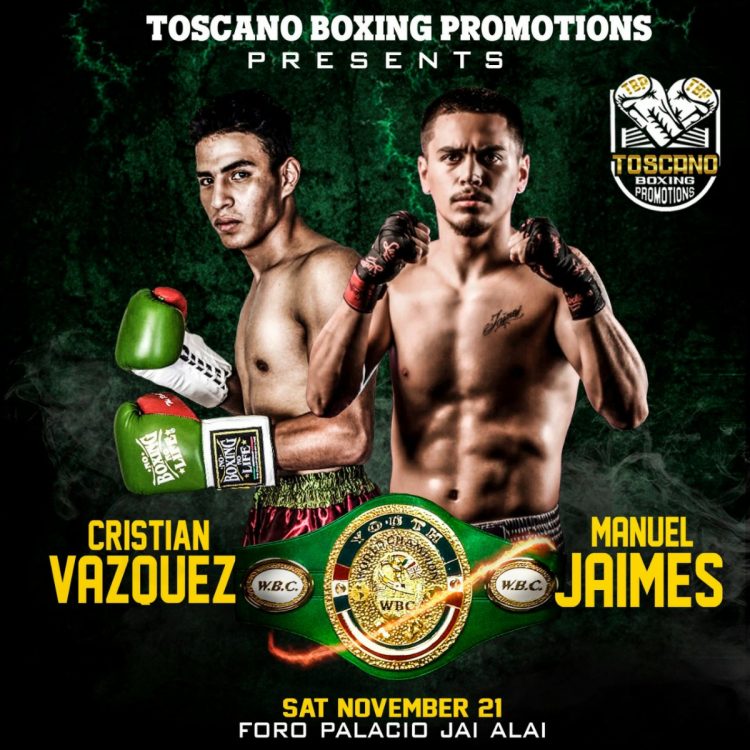 Stockton has a new champion as Manuel Jaimes (11-0, 9 KOs), who is now the WBC lightweight youth champion after beating Christian Vazquez (15-1-1, 14 KOs) at a catchweight of 132 lbs, making it a lightweight bout.

This puts Jaimes as holding a belt in the same weight class as Teofimo Lopez, Gervonta “Tank” Davis, Devin Haney, amongst other young-and-emerging stars.

In that Jaimes has fought exclusively with the Stockton-based promoter with a fight on a Thompson Boxing undercard bout.

Manuel Jaimes and his coach Steve Salas hit the road for this training camp spending a week at Buddy McGirt’s gym in the Los Angeles, California area.

“The kid has a ton of potential,” said the legendary coach James “Buddy” McGirt. “When you look at him you don’t think it, but when the bell rings he has what it takes to take what they got.”

These words of praise from the man who revived the careers of Arturo Gatti and Sergey Kovalev, and currently is building up Adam “Bluenose” Lopez into a world-class contender, comes as quite an achievement.

Jaimes, who defeated Christian Vazquez, the family member of former world champion Miguel Vazquez, was forced to give an honest effort as Vazquez wasn’t going to go away without a fight. The 20-year-old Jaimes was unphased as he won a solid decision 78-74 on two scorecards and a complete shutout of 80-72 on the final one.

“I just met him a few days ago, but I can tell he means business and he is going to put on a show,” said Top Rank contender Adam “Blunose” Lopez during training camp.

Jaimes, a 20-year-old, is looking to keep the fighting legacy of Stockton alive, but more so, he accomplished one of his goals, which was to have a belt that could be adorned next to “Sweet” Steve’s photo in the gym with a title. In old videos made mention of how much it meant being in the Stockton PYA, a gym with so much history, and now he has made his own.

Jaimes now holds the belt that Jamaine Ortiz, who fought on Tyson vs. Jones PPV, on Saturday, vacted. 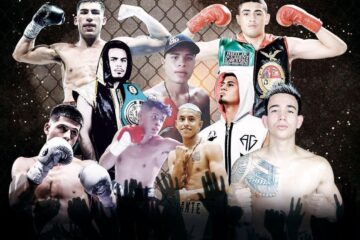 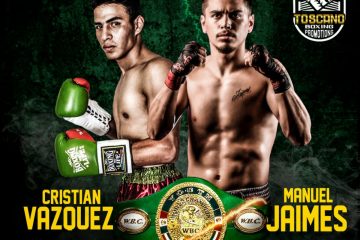