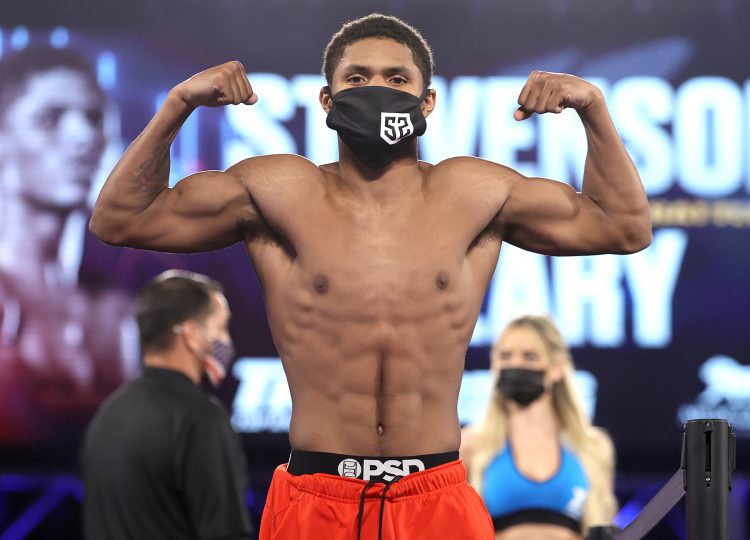 Shakur Stevenson has all the checkmarks of a generational star in the sport of boxing – a great team from Kay Koroma working as a trainer, to James Prince, the most influential manager in boxing, handling the business of boxing for him, and the best promoter in boxing in Top Rank Inc, who have created more stars in the sport of boxing. Not to mention, Stevenson is a 2016 Olympic silver medalist, only losing one international fight in his whole amateur career, turned pro in a six-round bout, and one of the best amateurs in the past twenty years.

Emerging from the amateur ranks, Stevenson was the LeBron James or Kobe Bryant-type prospect, you see in other sports, but in boxing, especially with boxing writers, there is a love to hate our great amateur fighters, and put on pedestal fighters chucking blows with no regard for the punches coming back at them. Words like “…let’s see if he gets used to the pro-style” are used for more than an accurate description of the in-ring action for Stevenson, sadly.

Stevenson is young, and the only thing that can stop him seemingly is himself. Outside of Gabriel Flores Jr., I have not seen a boxer with a better ability to control distance, and Stevenson’s step-back straight is a thing of beauty and freezes opponents. The indecision this causes is one of the main reasons people who fight Stevenson tend to get up out of there.

Stevenson, who weighed-in at the limit of 130 lbs, yesterday will face a former Top Rank fighter, Toka Kahn Clary, who suffered a first-round KO loss to Jhon Gemino in 2016, which saw Top Rank go another direction with Clary. Clary rebuilt himself, and fought Kid Galahad, only to lose as well.

Clary is a good fighter, one not to be discounted, the misfortune for him is he might be running into one of the future stars of the sport in Stevenson, when Stevenson feels largely slept-on, and not being respected for what he has done.

Last October, Stevenson defeated Joet Gonzalez, an extremely good fighter, and shut him out. The fight was dominate, Stevenson didn’t get the credit he deserved. After bringing boxing back from the pandemic, Stevenson will be fighting only for the second time this year, and now is looking to close the year with a bang.

2020 has been a miserable year – let’s be honest. Yet, Stevenson is trying to bookend the start of sports during a pandemic and the end of the year, with sensational performances. Next year, expect to see Shakur Stevenson facing the Miguel Berchelt versus Oscar Valdez winner, and don’t be shocked if Stevenson finds himself at lightweight sooner rather than later.