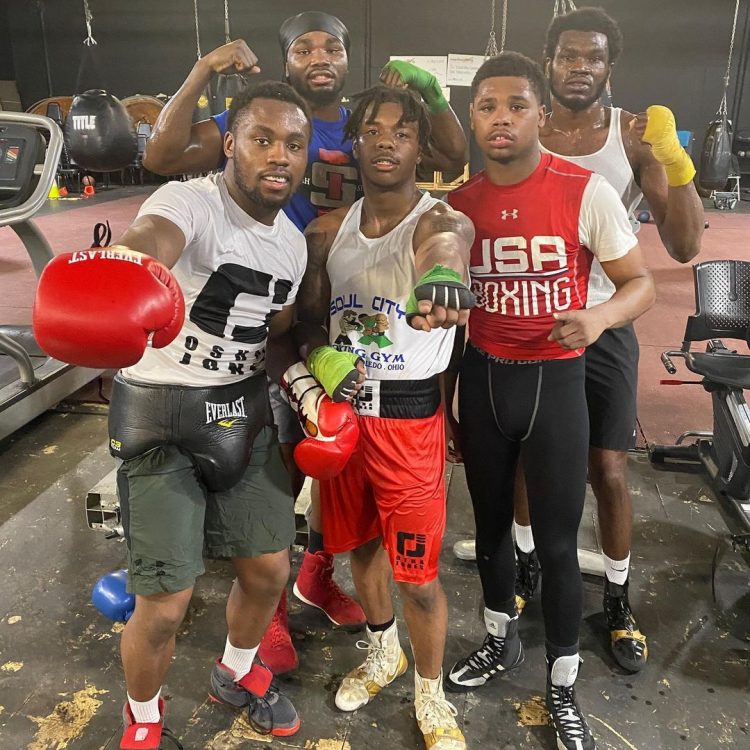 2016 U.S. Olympian Charles Conwell is now set to return on June 19th, facing veteran Mark DeLuca as part of the Triller Fight Club undercard, which with the news being first reported by Abe Gonzalez of NYFights.com.

“It feels good to be back in camp, have a fight date set, and to be that much closer to a world title, camp has been the same ol’ same, but I am working hard to change my life and my families,” said Conwell in between training sessions at Soul City Boxing Gym. “I am a fighter, I am an Olympian, I am from the school of thought in which you put my name on a piece of a paper, I enter a tournament, and I beat all the toughest fighters out there. I see my peers from the Olympics being successful and it motivates me, I want to be in those positions in the sport, to have fights the fans want to see, just like them.”

Conwell, who was the youngest Olympian in 2016, recently had a daughter last year, who is about to turn one-year-old, and Conwell, now a father is even more motivated.

“I have to put on performances that get people interested in my fights, to get in the bouts that will help me provide for my family,” said Conwell on reflecting on his new perspective to life. “I am now not just living for myself, I am living for my daughter, and my family. If I am not with them, I have to have something to show for all the time I have spent away from them.”

The camp has been a long-and-tough one as Conwell has not just stayed in Toledo, Ohio, but traveled throughout the Eastern United States looking for the best southpaw work he can find.

“We’re supremely confident in our preparation for this fight, and I know Charles is destined to be one of the great 154 lbs fighters of this era,” said Otha Jones II, in an exclusive interview. “We are focused solely on, Mark De Luca, but we want people to know Charles is #11 in the WBC rankings, and #7 in the IBF, we welcome any and all of the best 154 lbs whether it is Jarrett Hurd, Julian Williams, Erickson Lubin, Brandon Adams, Patrick Teixeira, or anyone else. We’re ready!”

Conwell is looking to finish out this year strong, and hopefully land a title eliminator to put himself in position for a world title.

“We’re preparing for any-and-all tasks at hand,” said Roshawn Jones, the co-trainer of Conwell. “We have much bigger goals as a team, but Mark De Luca is the first goal we need to focus on, because we need to beat him in order to accomplish our goals.”

For those unfamiliar with Mark DeLuca, a southpaw from Boston, who has worked with world champions such as Demetrius Andrade, and Daniel Jacobs, he is 27-2 with his only losses coming to Walter Wright and Kell Brook. DeLuca would avenge the Walter Wright fight on a DAZN card.

For Conwell, this bout is yet another test for the emerging-and-exciting fighters career that a lot of people including myself have high hopes for.

“I want champions and former world champions from this point forward,” said Conwell. “I am doing all that I can do in the ring to make a name for myself, and now I just need other fighters who are wiling to fight me, that is it!”

Triller Fight Club returns for LOPEZ vs. KAMBOSOS JR. set for Saturday, June 19 at Miami’s loanDepot Park, home of the Miami Marlins. FITE.tv will broadcast globally the undercard free-of-charge starting at 3:30 pm ET with the Pay-Per-View starting at 9:00 p.m. ET. Ticket and Pay-Per-View purchase information can be found at www.TrillerFightClub.com. 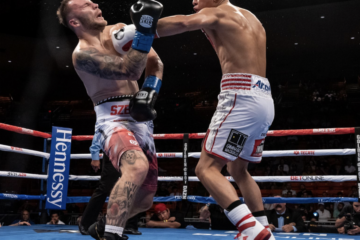