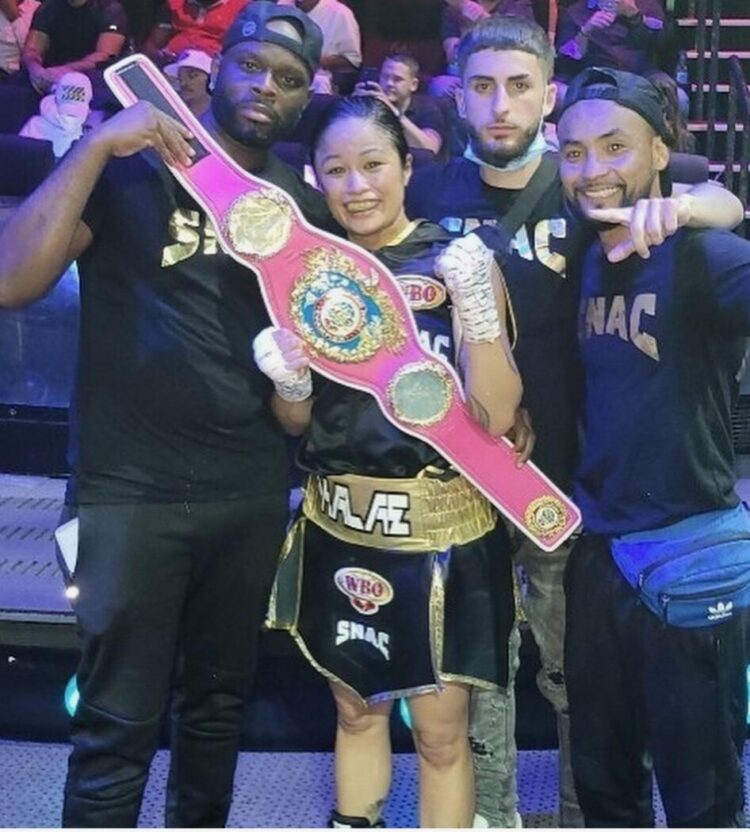 Long-time Bay Area fighter Casey Morton picked up the biggest win of her career over India’s Urvashi Singh to win the WBO International Women’s champion, in a bout that was contested in Dubai over the course of ten rounds.

Morton dominated Urvashi Singh, who just couldn’t handle the strength, speed, talent, and pop of San Francisco, Ca’s, Casey Morton, who was just too much for her. Morton is an all-action fighter who is technically solid, but has a little Arturo Gatti in her, as she is not afraid to make a fight a fight.

Morton, who splits time between the elite training facility at Victor Conte’s private and prestigious SNAC System gym with state-of-the-art equipment, and works on her technical boxing skills with former undefeated professional boxer Otis “O.T.” Seymore, who is emerging as a promising coach in Oakland, California, at Boxing For Health near Lake Merrit. Morton has been in the ring with fighters like 2x-Gold Medal Olympian Nicola Adams, amongst other world level fighters, and held her own.

This fight was the fight that showed the world she truly is a world-level talent. The fight was nothing short of what everyone who knows Casey Morton has always wanted to see from her, a career-defining win that she had to travel halfway across the world to accomplish.

To give context to Casey as a person, she is the first one into the gym, and the last one out, her two career losses are to a world champion in Miyo Yoshida for WBO super flyweight world title and 2020 Olympian Jutamas Jitpong, with these bouts occurring in China and Japan. Morton is everything that is good about this sport, as she is selfless to a fault, but now is taking control of her career as we can see the most dominant performance she has ever had.

Morton has spent the last four years of her career fighting in Asia, where she was treated like the champion she is – as she reinvented her career, as the first half of her career was spent more so, learning the business of boxing than fighting.

I got to visit her camp prior to this bout, the Thursday before she left for Dubai, and seeing her final days of sparring, I filmed it, yet didn’t release it, as I could tell I was there just as much for moral support as I was to tell a story. Sometimes, you report, and sometimes you’re a friend. People try not to mix friendship and business, but Casey Morton is such a good person, it is hard not to. She means well for everyone, and the sport of boxing often takes a lot from everyone. On that last training session at 9 PM on a weeknight after working all-day, I saw someone who wanted to win this fight, and Sunday I saw an even more determined person.

I know people want an “X’s” and “O’s” breakdown, that is what I am known for, but you’re not going to get it. Morton didn’t win this title, she took this title – and the fighter who has given so much to the sport, now has something to show for all of her hard work.