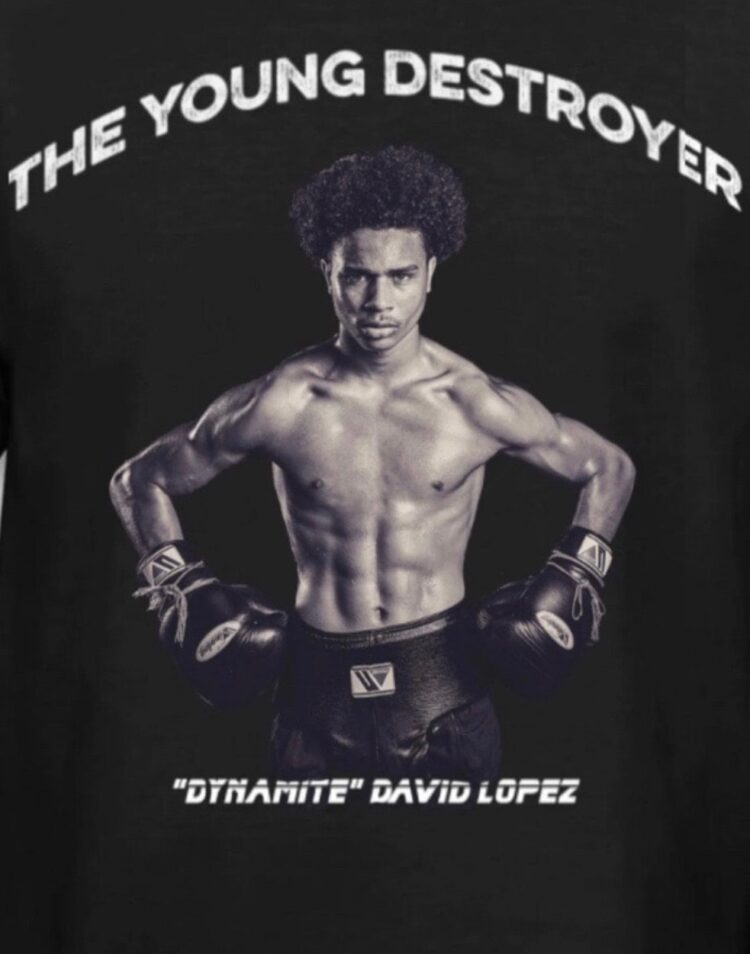 Oakland, California’s own “Dynamite” David Lopez will make his much anticipated pro debut on the non-televised undercard of a Showtime bout on Saturday, October 30th, headlined by a world title eliminator between Jamal James vs Radzhab Butaev for the WBA world welterweight title , and card will featuring Jaron “Boots” Ennis in the co-main event against Thomas Dulorme, which will take place at the Virgin Hotel Las Vegas.

Lopez, who recently signed with Mayweather Promotions, is a five-star recruit if boxing has ever seen one, as if this was baseball he’d be the beloved five-tool player, a reference to prospects who have speed, throwing, fielding, hitting for average, and hitting for power. Lopez has power, speed, ring IQ, and unique traits that are special to him, seemingly alone, making him one of the most talked about fighters from Northern California in sometime.

“This just shows that all of my hard work has paid off,” said “Dynamite” Lopez, the 17-year-old boxing phenom said ahead of his next bout. “I want to be the next world champion from Oakland, California, and I am working hard to show everyone that believes in me, that I am the next great fighter of this generation, and it begins on October 30th.”

Lopez, who had an amateur record of 34-4, might deceive many, as Lopez took time-off from competing in the sport, as he played football in high school, but still sparred world class fighters such as Aaron Coley, Stan Martyniouk, and San Francisco boxing legend, Karim Mayfield. His father, Kris “Lightning” Lopez, an esteemed boxing coach who has a successful boxing gym in Oakland, California, and has been around the sport his whole life.

“I am a fan of Dave’s style,” said his father, Kris Lopez. “I will show him things I used to do when I fought, and he will do them within minutes like he already has it mastered. This isn’t normal. He really is a special fighter.”

Lopez, who is of Black and Filipino heritage, is looking to be a symbol of hope in both communities, and also wants to carry on the tradition of his great-grandfather a boxer in the 1920s.

“Legacy is a big thing with me,” said Lopez. “I want people to remember the Lopez name in Oakland, as one of the best boxing families ever, like those before me – Andre Ward, Nonito Donaire, when people hear those names, they think of greatness, I want that, and I am married to working hard, and I am grateful to Floyd Mayweather and Leonard Ellerbe for all that they have done for me. Mayweather promotions has opened the doors for me to be great and to fight on. I want to make the most of this, I feel like a young Steph Curry looking to make a name for myself in the league.”