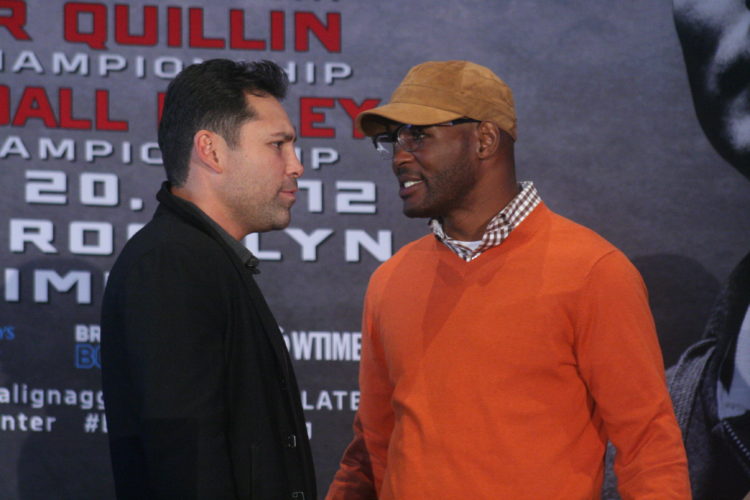 In a rather slow week of boxing let’s revisit the storied history of Mexico vs. Puerto Rico in boxing as we look at some of the best fights to ever happen.

Some might question Oscar De La Hoya as a Mexican, as he was Mexican-American, but I feel he deserves to be on this list as he was one of the biggest stars in the TV era, and Mexico, whether people want to admit it or not, would show up to his bouts, especially against the beloved Felix “Tito” Trinidad. The bout is that of legend. You have probably heard the story, but De La Hoya was well ahead but took rounds off late in the fight only to lose a close split decision loss, that would forever follow him with the stigma of never winning the big fight.

When the two best boxers of all-time of their respective countries faced it essentially birthed the rivalry that would continue to this day as Mexico’s Salvador Sanchez had just enough to get by Wilfredo Gomez in a timeless classic, that I think is better being told about as a young person in folklore then watching now. This is back when the best fighters really wanted to fight each other, and these two – young in their career did just that.

Though Fernando Vargas was raised in Oxnard, California, he would walk out to the Mexico anthem, and embodied the bad boy image that had elements of Julio Cesar Chavez, and when he faced the heart and soul of Puerto Rico in Felix “Tito” Trinidad. A true all-time classic, that everyone had to see as it was spiritual opposites, with pride taking center stage.

Chavez embodied Mexico, and the fact that he never lost to a Puerto Rican, adds to his macho status amongst Mexico boxers. Rosario was a big puncher, and the star after the previous stars from Puerto Rico, but was no match for the legend that is Julio Cesar Chavez. What we saw, was one of the vintage Chavez performances.

A true classic that has all the drama of a Hollywood movie as two top contenders faced each with their country pride on the line, Margarito would stop Cotto, but in a later fight against Shane Mosley was found having plaster wraps in his gloves. This would forever make fans question the result the validity of Margarito’s win, and in a rematch, Cotto went on to beat Margarito. Margarito was at the end of his career by the second fight so we never got a third fight, but it deserved to be a trilogy as the two fighters will be forever linked together.

A bout of legend, as both had faced each other once prior in a very good bout, but in the second fight – Rosario would drop Ramirez, only for Ramirez to stop him. One of the most dramatic four-round fights you will ever see, that in a fair world should be higher on the list.

The fight that made Gomez “the guy” in his era in Puerto Rican boxing was when he defeated Carlos Zarate. One of the first great bouts of its time saw a Puerto Rican legend defeat a feared Mexican puncher in his prime.

One of the greatest bouts I ever saw, as Juan Manuel Lopez fought Orlando Salido in which Lopez was looking to be the next great Puerto Rican, but Orlando Salido, a tough Mexican veteran had other plans. An underrated classic that not enough people saw.

A star-driven sport needed to see two of the icons of the sport face each other. Even though Camacho was not the guy from the last decade, the greatest Mexican-American fighter ever in De La Hoya,

A Miguel Cotto, who was past his prime and reinvented himself at middleweight fought the next great great, and in my opinion, the greatest Mexican boxer ever, Canelo Alvarez. The bout was tentative, slow and not really that thrilling, but the visual of seeing the biggest Mexcian boxer fight the biggest Puerto Rican boxer at the time was something boxing needed.