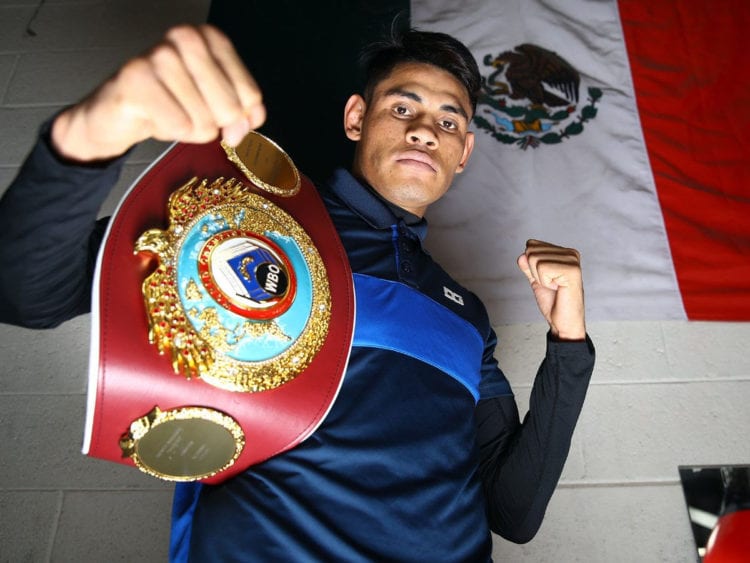 The featherweight division is influx with the recent absence of Shakur Stevenson, leaving room for new voids to be filled. This is the Editor-In-Chief of ITRBoxing.com, Lukie, take on the division currently.

Why: This is the guy. Might not be the most technical of fighters per say, but a true fighter, who is trending silently towards being a Erik Morales type fighter, as Navarrete is already a two-division world champion, and has a good chance if the cards fall right to be a four-to-five division champion based on his frame. An amazing pressure fighter, who hits hard and believes in his power. He holds two wins over Isaac Dogboe, a win over Christopher Diaz and Ruben Villa.

Accolades: A two-weight world champion, who has made eight world title defenses, while maintaining a perfect record.

Next Fight: TBA, strong rumors he will be on a PBC card next

Why: An exciting pressure fighter who earned this spot by defeating Gary Russell Jr., who has been the best guy for years, despite being so inactive.

Accolades: The man who broke Gary Russell Jr’s seven year reign at the top of the featherweight division.

Next Fight: July 9th, against Rey Vargas, which will headline a Showtime card, live from the Alamodome in San Antonio, Texas.

One heck of a power puncher. Power, power and more power. Lara will swing for the fences and it sure is fun, he knocked out Josh Warrington, and somehow got skipped over for a world title shot recently as Kiko Martinez faced Josh Warrington in his last title bout. Lara is going to be a tough fight for anyone until his lack of defense catches up with him.

Why: Stopping Josh Warrington in his hometown. In a slew of extremely fun fights, and trending upward in the division.

Why: The true bluechip Matchroom boxer Leigh Wood is the future of Matchroom along with Conor Benn, as he has turned his career around from a few losses to have a great 2021, and an even better 2022. A banger who is looking to get in a fire-fight and get the better of it.

Accolades: Leigh Wood defeated a Xu Can, a high output world champion and followed that with a brutal KO of Michael Conlan. One could say, Wood is the best fighter in their prime on the Matchroom roster.

Next Fight: TBA, although his last win, a KO of Michael Conlan could be the KO of the Year.

Why: In terms of talent, Russell is the best, but he is inactive, and lost his last bout, as well as his father recently passing away as well. Gary Russell is a generational-type talent, who simply doesn’t have the resume and accolades to match his dynamic skillset. A young fighter can learn a lot from all aspects of Russell Jr.’s career. Russell Jr.’s strikes me as someone who will be a boxing coach soon, as I think the business of boxing has burnt him out.

Accolades: A seven-year world champion holding the WBC featherweight belt for a longtime after a destruction of Jhonny Gonzalez.

Why: A technical boxer trained by Nacho Beristain, who is hard to hit, and even harder to beat. Was a dominate world champion for Golden Boy Promotions at 122 lbs., and now the very tall fighter has moved up to 126 lbs., and quite possibly has the tools to outbox a lot of the brutes currently at the top of the division.

Accolades: A former WBC 122 lbs champion, who made six defenses of his world title.

Next Fight: July 9th, against Rey Vargas, which will headline a Showtime card, live from the Alamodome in San Antonio, Texas.

Why: As good of a southpaw boxer as I have ever seen, and working with the Garcia family in Salinas, California has only helped him grow much more. One of the best amateurs

Accolades: One of the best amateur boxers of the past ten years in USA Boxing, and fought Navarrete to a split-decision loss

Why: A bit past his prime, a commercial successful fighter, who is also as nice of a pro boxer as anyone you will ever meet. High-volume, with a lot of ability to box as well. Santa Cruz is a souther California boxing legend.

Why: With wins over Andy Vences and Gabriel Flores Jr. at 130 lbs, as well as stopping Isaac Lowe in his native country. Lopez has a style only a mother could love, but it is highly effective in terms of pushing a fighter back and throwing a lot of volume. Currently #1 contender for Josh Warrington’s world title. Pretty safe to say Lopez would be the betting favorite against Warrington.

Why: A huge ticket seller in the U.K., who had a run at being the boxer of the year in 2019, but has never been the same guy since COVID hit. A style that relies as much on fitness as it does his in-ring ability, it feels like Warrington is nearing the end of his time as a world-class fighter

Why: Abraham Nova is an exciting prospect, who is doing everything asked of a young fighter, as he is looking to move from being a regional New York/east coast fighter on the Top Rank circuit of fights to a marquee attraction. Nova has the skillset, now we need to see the wins.

Accolades: Nova has separated from the developmental talent in his fights so far, and has passed the eye test, but now, next week we find out who he is when he faces Robeisy Ramirez in a trajectory fight.

Next Fight: June 18th, against Robeisy Ramirez on ESPN, live from the Hulu Theater at Madison Square Garden.

Why: Ramirez is working with Ismael Salas, and though the talent is there, he lost his big fight with Shakur Stevenson already, as Stevenson has surpassed him. Now Ramirez is looking to be on the verge of a world title, but the lingering loss in his pro debut still have some skeptical, since Ramirez at times shows a lack of urgency in a pro fight.

Accolades: A two-time Olympic gold medalist, who is best known in the pros for losing his first pro fight.

Next Fight: June 18th, against Robeisy Ramirez on ESPN, live from the Hulu Theater at Madison Square Garden.

Why: A two-time world champion, who recently knocked out Kid Galahad in last year’s upset of the year, as well as had a fight that was way too much fun against Leo Santa Cruz on Showtime years ago.

Accolades: A two-time world champion, who has stayed relevant in two eras of prizefighters.

Why: A fun action-fighter from the Southern California, who uses volume and steady pressure to breakdown opponents.

Accolades: Has fought in two world title fights, losing to Shakur Stevenson and Emanuel Navarette, both of whom could be generational fighters. Gonzalez is at the cusp of being one of the new faces of featherweight.

Next Fight: July 23rd on ESPN+ against Isaac Dogboe, in Hinkley, Minnesota on ESPN+

Why: An exciting pressure fighter who earned this spot by defeating Gary Russell Jr., who has been the best guy for years, despite being so inactive.

Accolades: The man who broke Gary Russell Jr’s seven year reign at the top of the featherweight division.

Next Fight: July 23rd on ESPN+ against Isaac Dogboe, in Hinkley, Minnesota on ESPN+

LIV Golf vs. The PGA Tour. Week One! 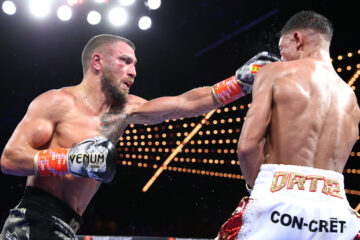