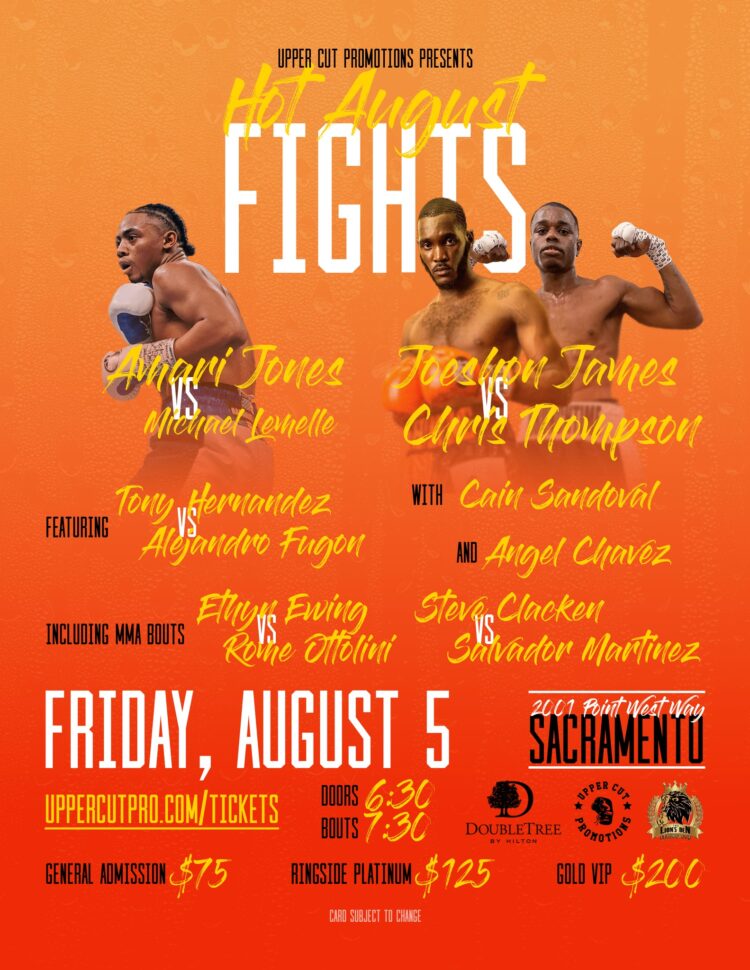 ITRBoxing.com’s best prospect under ten fights in 2021, Amari Jones, will return after a KO win on the same card that his stablemate, Devin Haney win all four lightweight world titles in Melbourne, Australia, as he fights Friday, August 5th, at the DoubleTree in Sacramento, California, located 2001 Point West Way.

Jones, who is signed to Devin Haney Promotions, but also his family, brother and godfather, run Lion’s Den Boxing Gym in Pittsburg, California, one of the most successful emerging boxing gyms, in the whole region.

In Jones’ first appearance at the DoubleTree in Sacramento, California, he not only sold the most tickets, but also thrilled fans with a dynamic performance that got everyone on their feet with a dynamic knockout.

This is a fight not to be missed, tickets available here, use the code Amari to support the young fighter.