Before Jose Ramirez, Fresno wasn’t viewed as a fight hub or even a destination to bring main event world-class boxing fights to the centrally located California town. Let alone a place that would hold multiple ESPN main events over the past decade.

Outside of Gary Salazar, a contemporary of Ramirez, who didn’t make it, it was seemingly a pitstop for drivers going from Los Angeles to Sacramento, or vice versa. You had great amateurs, and then people would evolve into the person they would soon become in life, occasionally a fight would happen, like when Andre Ward fought at the Tachi Palace In Lemoore, California, but it was few and far between, normally based around site fees, and less so about the attendance numbers.

Enter Rick Mirigian, a man who got a perfect score on his SAT, a brutally honest human-being, who now is becoming one of boxing’s key power brokers in the sport. Mirigian is a different type of animal, who used his college loan and financial aid package for college in 1997 to promote a party, a risky hedge that prompted his nearly four-decade run as a promoter.

At 19-years-old, Mirigian sold out his first venue, made five figures, and was off and running as the new vibrant promoter of the Central Valley was born. Mirigian would dabble in the MMA boom when the UFC hit America like wildfire promoting shows in the Fresno area, but when an acclaimed coach, Peter Lopes, told Mirigian he needed to see Jose Ramirez, everything changed.

This is when Mirigian first emerged to boxing fans as Jose Ramirez’s manager. Ramirez was a 2012 Olympian coming out of a small farm town, Avenal, California, and shocked the world by making it to the 2012 Olympics, defeating favorites such as Raynell Williams and Kenny Sims Jr. Mirigian, who had started in Fresno as a club promoter, putting on large scale events with renowned acts like George Lopez, slowly transitioned into solely working with Ramirez. It is not uncommon for local promoters to enter boxing, but to be successful is a different story altogether.

A classic trope I see in life is someone becoming a millionaire, and thinking they figured out business and then fail in a field that they have too much passion in since they try the exact same thing they did prior when the success they had could’ve been a timing thing, more than a skill thing. Mirigian is incredibly smart at pattern recognition, something that I see as one of the biggest x-factors for success in boxing. With Jose Ramirez, and next Gabriel Flores Jr., he saw not just stars, but tremendous achievements in tangible numbers that could translate to massive investment opportunities in the Central Valley and beyond. Mirigian not just landed deals, but fought relentlessly outside of the ring, to maximize the margins of profits in sponsorship, official marketing partnerships, and brand deals.

This made Mirigian stand out quickly. Every fighter he worked with had a slew of sponsors on their trunks.

When Ramirez fought on a Manny Pacquiao undercard in Las Vegas, special tickets and accommodations were made for Jose Ramirez’s fans who purchased through a special portal. Ramirez and Mirigian never forgot about their grassroots like a well-schooled politician, and a commitment to farm labor was made as thousands of tickets were given out for Ramirez’s shows in Fresno, so everyone could have access to see his fights.

In business, they call this a “loss leader”. Something that will not generate money in and of itself, but will motivate people to come, and bring interest to the product itself. That strategy worked as the SaveMart Arena in Fresno, California consistently began to sell out. Word of a Mexican-American boxer, who fought like Julio Cesar Chavez, but came from a hard-working farm laborer background in a rural town, took hold, and soon Ramirez was drawing bigger crowds than fighters commanding pay-per-view fights. Obviously, the gate numbers wouldn’t rival those fights, but if you look at the economies of Fresno to Las Vegas, they are not all that comparable either.

Yet, it was not all smooth-sailing though, as Mirigian helped build platforms, and established sponsors for his fighters; the empowerment of the platforms that came to the valley brought about entitlement in some of the regional talent. Some fighters would believe they deserved everything Jose Ramirez had, rather than making their own way in the sport with tremendous platforms to do so. What we ended up seeing was Ramirez becoming a star, and no one replacing him in the local market.

This is always the start, seeing problems that will persist longer, as Mirigian has shifted his focus from the Central Valley to a specific elite gym, Robert Garcia Boxing Academy, in Riverside, California as Mirigian has built a great relationship with the entire team, and is more focused than ever on his specialty, getting fighters adequate compensation.

The connection was forged when Jose Ramirez left Freddie Roach and the Wild Card Boxing Club to train with Robert Garcia.

If Fresno was the start, Mirigian’s foray into the boxing world became a gallop when working with Robert Garcia’s fighters, as Garcia is not just one of the best trainers in the world of boxing, but one of the best people in terms of standing up for his fighters and being a good person. People don’t understand how powerful Robert Garcia is in the boxing world, and most of the power comes from his reputation, which is being a rock-solid person, the other half comes from being one of the most consistently successful trainers in all of the world, as he is entering yet another decade with two of the most coveted champions in the sport, Joshua Franco and Jesse “Bam” Rodriguez, who also happen to be brothers.

Simple, I have never seen someone work so hard to secure sponsorships, and handle business for their clients. I am not saying others don’t, I am simply saying that from my first-hand, five-to-seven-years being around him, Mirigian is incomparable to anyone in his lane since he is not just a manager, he works hard to promote, secure sponsors, and also has a lot of experience with what is successful in boxing. All of which are very useful.

His obsession with going to the next level is near-psychotic, and I mean that in the nicest way possible. Mirigian is driven in a sport, in which most people just follow trends, or take the path of least resistance, Mirigian forged his own road. He is self-made in a cutthroat sport of boxing in which people often lose a part of themselves when they are in the sport for too long.

This week it was announced that Jose Ramirez, Mirigian’s first boxing client, will face Jose “Chon” Zepeda in a rematch for the vacant WBC super lightweight world title, as Josh Taylor is vacating his belts. The venue hasn’t been announced, nor the date, but Mirigian manages both fighters, as he recently signed Jose Zepeda. This means Mirigian will be one of the key power brokers of this fight, one between two historically great Mexican-American super lightweights.

What I do know is Mirigian will maximize the profit margins of the fight.

Guys Mirigian never get articles or stories about them. They’re the background people in the sport. They don’t care for the attention, they crave making things happen. Mirigian was key part of what resurrected Central California boxing, which brought me closer to my Aunt Mary who no longer is alive, and kept the lights on for Northern California in a time in which we barely had fighters the world cared about. A manager, who knew how to put on a show.

I wrote this since it would be a shame, if some day in the future people didn’t understand his influence over the past decade. 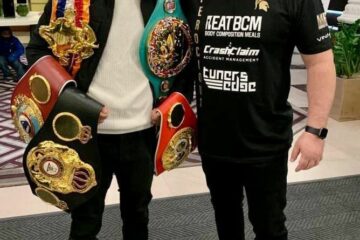 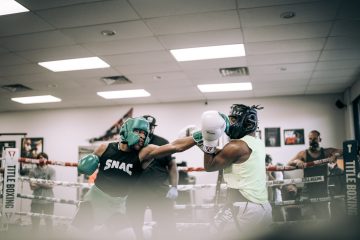