Brief Bio: Katsuma Akitsugi is one of the best unknown fighters in the world, as he has beaten four undefeated prospects in ten professional fights.

Pros for a promoter signing Akitsugi

Cons for a promoter signing Akitsugi

Why I Like Him: An old-school fighter, who is beating world-level competition repeatedly and is now being avoided because people see the risk. Akitsugi is one of the best, if not the very best, unsigned fighter in the country currently.

His notable wins include one over Eros Correa, an Olympic fighter from 2012, and one of the best amateur boxers in the lower weights, Arnold Dinong, a solid fighter who trains with Bruno Escalante and Mike Bazzel, Diuhl Olguin, a game spoiler who holds wins over many opponents including one over David Navarro, as well as he beat Philly prospect, Rasheem Brown.

He would beat Gregory Morales, another unbeaten fighter this May as well. Add to the fact, for most of these fights he took them on a month’s notice, and some were even less than that.

The fighter out of Eddie’s Boxing Crew deserves more attention. 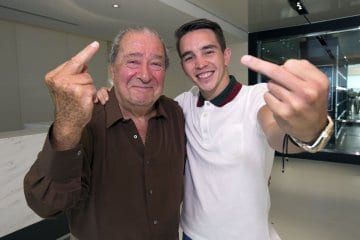