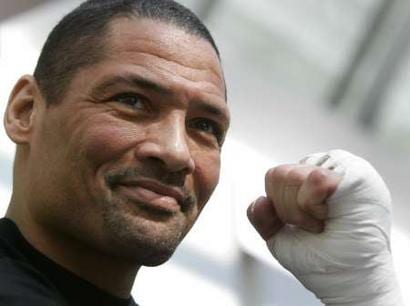 At 51 years of age, former four time world champion, Virgil Hill (51-7, 24 KOs) scored a second round stoppage over Jimmy Campbell (11-8, 8 KOs) in Bismarck, North Dakota. Virgil is best known for his long reigns as WBA Light Heavyweight champion, defending it ten straight times on two separate occasions. Virgil Hill is one of the few boxers to compete after being officially inducted into the International Boxing Hall of Fame.