Known as “Mexican” for his aggressive fighting style, Komanisi (19-4, 17 KOs), from Mdantsane, Eastern Cape, South Africa, has successfully defended his IBO title twice since winning it via impressive fifth-round knockout over Macbute Sinyabi in July 2014.

“I want to be a unified world champion and fight the best featherweights in the division,” said Komanisi. “This signing will help my family live a better life. My country last saw and had a WBC green belt more than 15 years ago from Sugar Boy Malinga and Dingaan Thobela and now I want to bring it back! As a Featherweight I believe I am the next big thing in the sport of boxing and I am here to stay! Unifying against all the champions in this division would be a dream come true for me.”

“We would like to thank Greg Cohen Promotions for providing this once in a lifetime opportunity,” said Komanisi’s manager, Mlandeli Tengimfene. “To Komanisi, this partnership is a dream come true.”

Clifford Mass, GCP Vice President of Business Development, says the goal will be to put the African slugger into the mix. “We are very excited about signing Lusanda Komanisi. He is a huge puncher, and featherweight is one of the hottest divisions in boxing right now. We are looking forward to putting together some big fights for him, and helping him take his career to the next level.”

Founder and CEO Greg Cohen has been involved with professional boxing in various capacities since the late 1980s, honing his craft and establishing himself as a shrewd international boxing businessman.

Distinguished by his ability to spot and develop raw talent, Cohen first made promotional headlines for his expert guidance of, among many others, former WBA Junior Middleweight Champion Austin “No Doubt” Trout, who Cohen helped guide from unknown New Mexico prospect to elite pay-per-view level superstar. 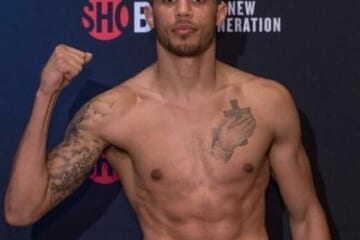 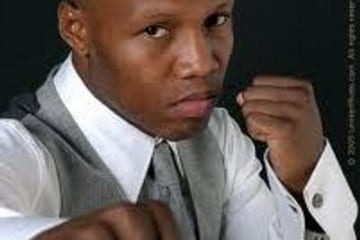 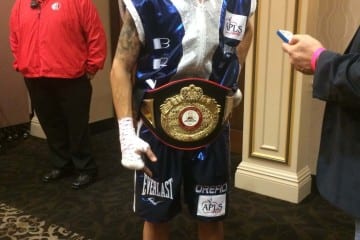