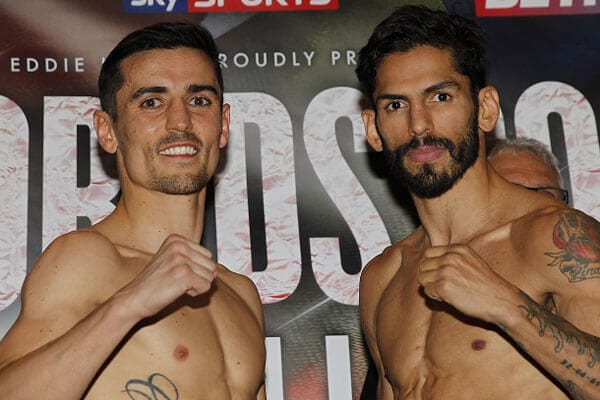 WBC lightweight champion-in-recess Jorge Linares (41-3, 27 KOs) won a close, but one-sided battle against WBA lightweight champion Anthony Crolla (31-5-3, 13 KOs) on Saturday night at the Manchester Arena in Crolla’s backyard on Manchester, England. Linares showed a skill difference as his hand speed and angles were too much for Crolla who was relying upon raw aggression to win the bout. In the sixth round, Linares nearly stopped Crolla. Crolla had moments , but could never sustain a constant attack to swing the fight.

31 year-old light heavyweight Callum Johnson (16-0, 11 KOs) scored a ninth round KO over Willbeforce Shihepo (23-9, 17 KOs). After the bout, his promoter Eddie Hearn said due to Johnson’s age they’re fast tracking him to a title.