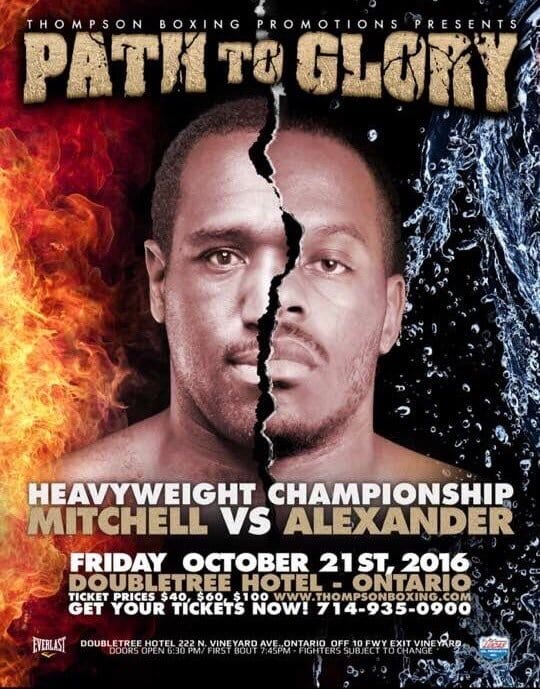 San Francisco, CA heavyweight LaRon Mitchell (14-0 13KOs) will get his first crack a title as he faces Scott Alexander (12-1-2 6KOs) October 21st in Ontario, CA at the DoubleTree Hotel. Though no official belt has been named, sources close to the situation explained that the fight would rank the winner in the top 10 of a major sanctioning body.

Mitchell, a 2012 U.S. Olympic alternate, is also an elementary school teacher as well as trains out of Fire In The Ring Boxing in Brisbane, CA that provides free boxing lessons for youth under the age of 18 years-old.

The bout is promoted by Thompson Boxing.