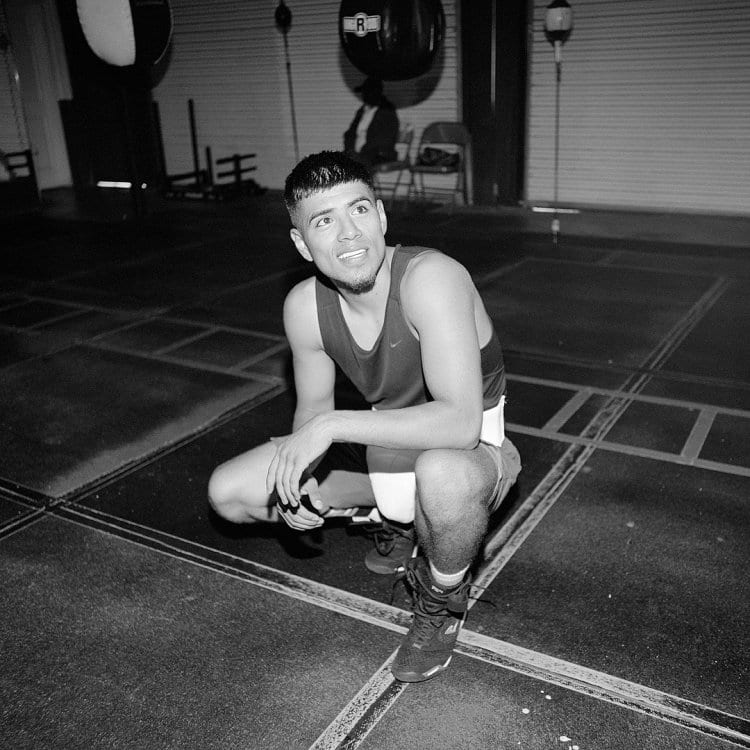 In the big fight of the weekend, WBO welterweight champion Jeff Horn will fight for the first time in the United States against one of the best fighters in the world, Terence Crawford. The build-up to the fight has seen a majority of awkward retorts from the Horn side as they have been pleased about very few things from no air conditioning in the boxing gyms in Las Vegas to Crawford’s choice of gloves to limiting the media to film Horn for thirty seconds at a time. Needless to say in the biggest fight of Horn’s career, it seems like a lot of none fight related antics are overwhelming the fight week topics as Horn’s side seem keen on conspiracy theories and less so the fight itself.

Crawford, on the other hand, is looking at making history fighting for a world title in his third weight division after essentially unifying the lightweight division and unifying the super lightweight division. Crawford is one of the four best boxers in boxing and in my opinion, Crawford is the best based off resume and skill in the present moment. Crawford, who appeared out of nowhere years ago, sneaking onto an HBO telecast has become a legend in the making and one of the stars of boxing leading into the next generation of the sport.

This fight which should be competitive in spots since Horn is a worthy and tough foe, as well as a world champion, will need all of his heart and valor to compete with one of the very best of the modern era, Terence Crawford, who is much more skilled than Horn. The fight which will be the fourth major fight broadcast on ESPN+ shows a commitment to boxing on the new platform.

Puerto Rican lightweight Jose Pedraza will be in action on the undercard in a stay-busy type fight. Pedraza is looking to make a statement to either fight fellow countryman Felix Verdejo or Ray Beltran. Pedraza needs to look good to solidify such a fight.

Super lightweight Maxim Dadashev is an extremely talented Top Rank fighter, who many including myself are high on, Darleys Perez is a former world champion, who has spoiled the rise of many prospects including Maurice “Mighty Mo” Hooker.

If Dadashev is able to get through Perez, a world title clash between the winner of Terry Flanagan and Maurice Hooker could be in the fighter’s future.

Welterweight Jose Benavidez will be looking to talk and fight his way into a Crawford fight. Benavidez will be making his second appearance since getting shot in the leg in 2016, his foe undefeated, but rather unknown.

Featherweight Shakur Stevenson is one of those fighters that appears to be a future star in the making from his silver medal in the 2016 Olympics to his poise in the professional realm, the main thing with Stevenson is ring time and experience as he will garner that in this fight. Stevenson is a prospect many might not see the as a star in the current moment, but when he goes to the next level in the coming years, it’ll all become clear.

Gabe Flores Jr. is the youngest fighter to be signed to Top Rank ever as Flores Jr signed at 16-years-old, now 18-years-old, Flores is looking to make a statement at one of the biggest venues in the world, the MGM Grand. Flores Jr. is scheduled for a quick return as well as he is fighting the following month in Fresno, CA on July 7th Top Rank card headlined by Jose Ramirez.

Leo Santa Cruz will rematch Abner Mares at the Staples Center in Los Angeles, CA, the same venue the first fight happened at. The bout is a very good featherweight affair which will essentially provide context to who is the best featherweight fighter in the LA area.

For Santa Cruz, his father’s health issues have clouded the camp and his lone loss came during his father’s medical concerns. Santa Cruz is the bigger fighter and the younger fighter who should have the advantages, but it is hard to overlook the comparison leading into this bout to his only loss in his career which was to Carl Frampton.

Mares now trains with Robert Garcia in Riverside, Ca, and is looking for one last run at glory. Mares was on the verge of being a hall of famer before being brutally knocked out by Jhonny Gonzalez when he went to parry a jab and ate a left hook in the first round of the fight. Mares lost to Santa Cruz, but has bounced back with Robert Garcia and looking to get himself to the top of the division.

Jermell Charlo is one of the top ten most interesting fighters to watch fight week and fight night. Charlo’s bout on Saturday should be no different as well. Charlo will be fighting Austin Trout, a man who gave his brother a tough fight, but also has been in some wars since, most notably a brutal beating at the hands of Jarrett Hurd. This fight could either be a really competitive affair or a brutal knock with little room in between.

2016 U.S. Olympian Karlos Balderas, as well as his brother Jose Balderas, will be in action on the undercard this weekend in Los Angeles, CA. Balderas has a fan friendly style that adapts an action-packed pressure style with power and speed, something that is rarely combined.

Ivan Redkach, a powerful super lightweight who is coming off a fight of the year contender last year against John Molina Jr. Redkach is a fighter, who win or lose is always in a good fight and a very durable and game fighter.

Super bantamweight Diego De La Hoya will return to action on Friday night on ESPN2 against Jose Salgado in Verona, New York. De La Hoya should be able to handle the durable foe, but the bigger battle is the weight as De La Hoya has struggled making weight prior to some of his previous bouts.

This is a serviceable fight to see where De La Hoya is at in his career.

The controversial heavyweight Tyson Fury will return this weekend against a career cruiserweight as the unbeaten heavyweight who dethroned Wladimir Klitschko and went into obscurity will look to regain steam in his career. Fury, a terrific boxer, is most known for antics outside of the ring which at best are entertaining and at worst bring to light sexism and questionable judgment.

This is a tune-up for Fury, who is awaiting bigger things later in his career.

Lightweight Terry Flanagan will face Maurice “Mighty Mo” Hooker for the vacant WBO super lightweight championship. Flanagan is looking to be a two-division champion as Hooker is looking to shake off the demons of Darleys Perez in a bout that seemingly left fans wanting a lot more as he fought to a draw.

Mighty Mo is one of the few remaining Roc Nation Sports boxers and is a heavy underdog heading into this title clash in the U.K.

The entertaining and captivating light heavyweight Mike Lee will take on the GBO light heavyweight champion Jose Hernandez, who is coming off the biggest win of his career against Ryan “The Rhino” Bourland at Cache Creek Casino and Resort in Brooks, CA. The bout which takes place just outside of Chicago, will be broadcast on CBS Sportsnet.

Danny Gonzalez in action [Huntington, NY, no stream or TV]

One of Star Boxing’s top fighters under contract, super lightweight Danny Gonzalez will be the main event of “Rockin’ Fights 31” in Huntington, New York. Gonzalez is an entertaining fighter looking to build his record to fight nationally.

Filipino super featherweight Albert Pagara of Ala Promotions will return this weekend. Pagara has been looking to rebuild after being brutally knocked out by Cesar Juarez in San Mateo, CA.