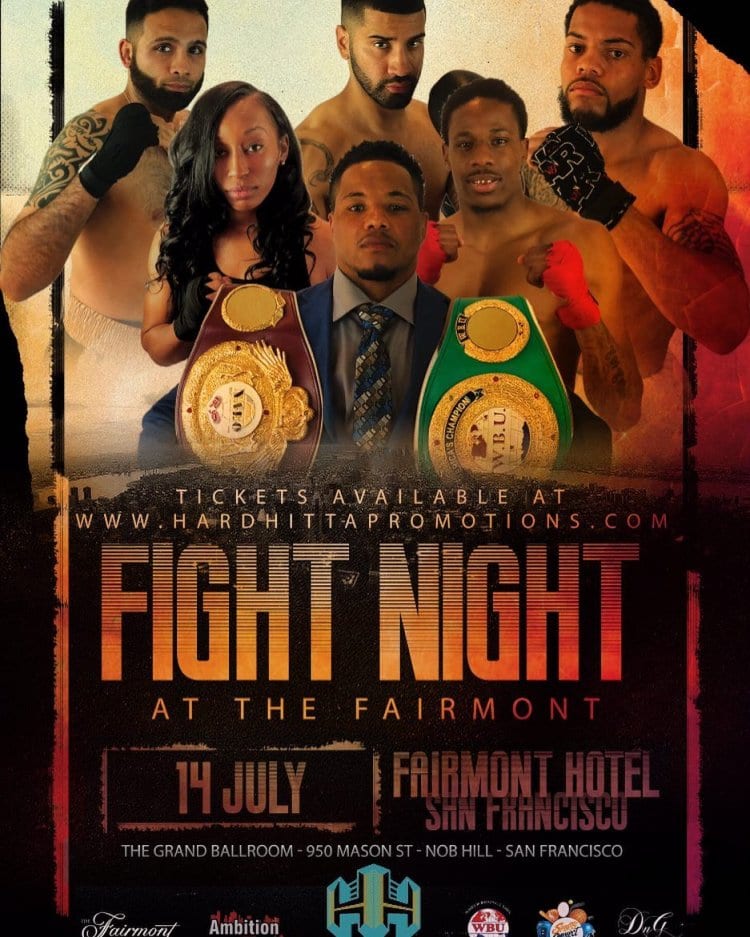 San Francisco, CA boxing legend Karim Mayfield will return with his third card under his promotion Hard Hitta Promotions, but this time he will not be fighting on the card, as on July 14th, Mayfield will strictly be a promoter when boxing returns to the Fairmont Hotel in the heart of San Francisco, Ca.

The card will be headlined by one of the prospects being built by the promotion, lightweight Willie “The Thrill” Shaw of San Francisco, CA as he takes on Giovannie Gonzalez, a very tough fighter who is coming to win, in a six-round bout.

The card will also feature women’s boxing superstar Raquel Miller from San Francisco fighting in her hometown for the second time as she faces Tiffany Woodard in a six-round bout, San Francisco, CA Ricardo Pinell will rematch Arturo Crispin in a six-round bout, cruiserweight Andres Salas who has won both of his bout by KO will face undefeated Davin Cook in a battle of the bay bout and in the opening bout Lennard “Cheetah” Davis IV will take on Niko McFarland.

The card is being put together by matchmaker Andy Nance.