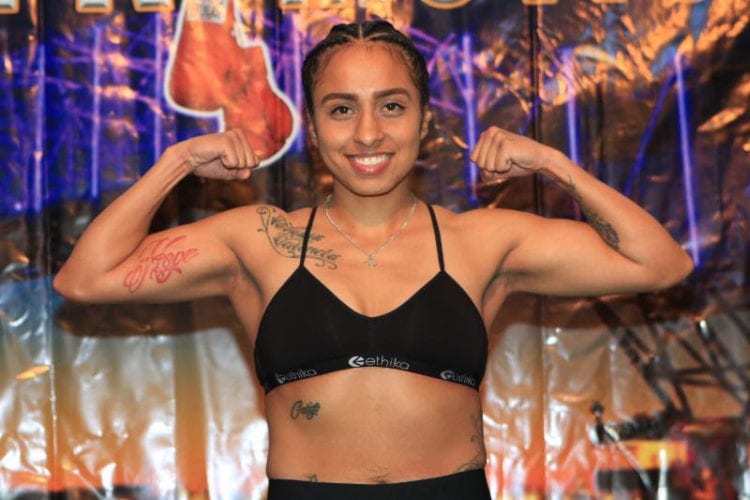 Undefeated NABF Women’s lightweight champion, Selina “Aztec Queen” Barrios (5-0, 2 KOs), returns to the ring April 27, 2019, against the former world champion, Melissa “The Shark” Hernandez (22-7-3, 7 KOs). The six-round bout will take place at the Cajundome in Lafayette, LA, as a special feature attraction on the WBSS super-lightweight semi-final card, headlined by Regis Prograis (23-0, 19 KOs) vs. Kiryl Relikh (23-2, 19 KOs). Barrios, who has defeated three undefeated fighters in a row, last fought in September of 2018. She is eager to get back in the ring against a game opponent like Hernandez, who has been in the ring with many of the best female boxers in the world.

“I have a lot of respect for Melissa Hernandez, who has been a big part of growing women’s boxing over the years,” said Barrios, who resides in San Antonio, Texas. “This fight is going to be a classic Mexican vs. Purto Rican war.  No disrespect to her, but I’m coming with straight heat, with the mindset of beating her down. This is the hurt game and that’s what I plan to do to Hernandez when she steps in the ring with me.  None of these girls want to see me.”

“We know Melissa Hernandez is a dangerous fighter with a lot of experience,” said Barrios’ advisor Kerry Daigle. “Once DAZN sees this fight we feel it will be the swing bout on TV. Barrios is extremely TV friendly.”

“We believe Selina is the best female fighter in the world,” stated co-manger Colin Campbell. “With that being said, a win against a crafty veteran like Hernandez will surly give us the momentum we need going into our next fight.”