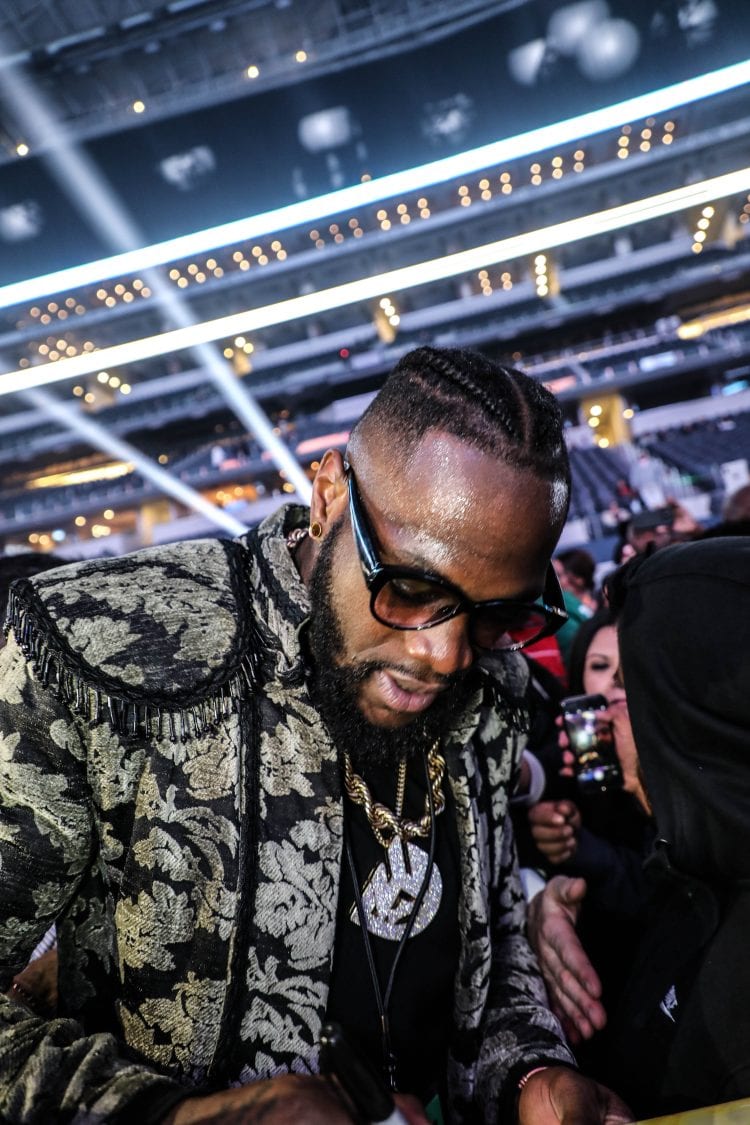 They’re the best. I mean, you could argue and say other people’s names, but when it comes to heavyweights in 2020, Deontay Wilder and Tyson Fury, are the lone undefeated fighters, with a large following, a vast resume, and body of work, and now are viewed as the two best of their era, especially after Anthony Joshua was knocked out by Andy Ruiz Jr.

So the two will do battle on PPV, for the second time, this time merging two networks, FOX and ESPN, in a joint-PPV, the type of event that only comes in major fights. As rival networks, and rival boxing promotional agencies have put differences aside since this fight just makes that much money, and has such a demand.

“We’re giant heavyweights. I’ve had 20 knockouts, so I’m very capable of knocking people out. When you underestimate someone else’s power, you usually end up unstuck. Whether I’m a great puncher or not, I don’t believe anybody else can match me with heart and determination. I’m going to put my iron will on Deontay Wilder.” said Tyson Fury.

Fury, who let go of his trainer, Ben Davison, who was credited with Fury’s rival, as Fury now will work with Javon “Sugar” Hill, the nephew of the hall-of-fame trainer Emmanuel Stewart, as Fury will go back to his Kronk days in this rematch.

Fury is a character. Someone we often want to read about since he does and says outlandish stuff, but seemingly whatever he says and/or does, has little effect on his performance since his craft is so good. Unlike most fighters, in which you can see a bit of something in their words, Fury uses words as weapons, and the more you read into them, the more you will find yourself lost.

On the other hand, Deontay Wilder, despite winning a bronze medal in 2008, has been viewed as the lesser of three major heavyweights for most of his career, but as of now seems poised to become the face of the heavyweight division in his era, if he can beat Tyson Fury.

“Fighting a guy like Fury, you have to be careful. Time goes by so fast in the ring. You’re trying to do everything that you prepared for. With what he brings to the table with his boxing skills, you have to have some awareness of the clock. But with my power, it’s his job to really watch the clock and try to avoid me for 36 minutes,” said Deontay Wilder.

The event so far has been just that – an event. Between a press conference and a media event at the Fox Studio, both Wilder and Fury feel as though they’re stars. It is hard to access them – the environment feels tense, it feels like a major sporting event, something in boxing, we often don’t feel.

With the undercard being put together, and the fight mere weeks away, so how and someway. It makes you wonder, is the eagerness of both Wilder and Fury to fight each other, the only determinant to the upcoming bout. In short, most fighters drag bouts on and on, until we finally get them, with these two, the bouts just occurred, quickly.

In fact, the drama and dramatic nature of Wilder vs Fury II are muted in some sense, because it is approaching so quickly, but with the advent of the Super Bowl on Sunday, and the magnification of the spectacle on full display. So in short, if this card doesn’t sell well, boxing might be muted as both FOX and ESPN are gearing up to promote the fight in a joint pay-per-view.

As we near closer, one thing is for sure, Fury and Wilder are stars, and that the closer the fight gets, the bigger it’ll feel.