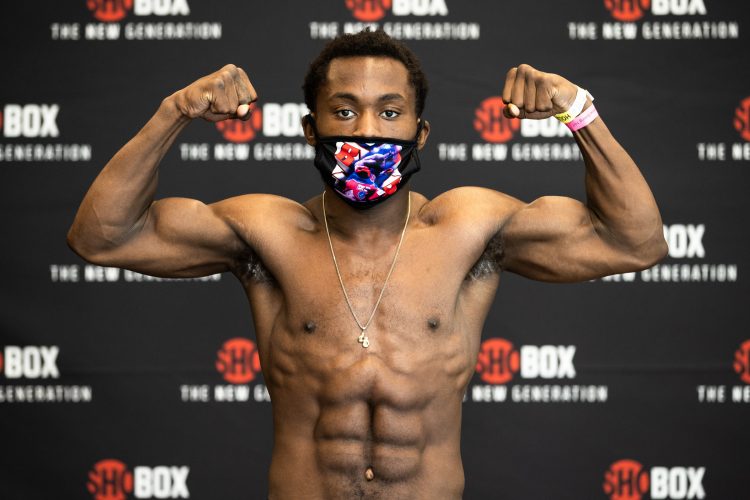 Mike Tyson is urging young fighters to bypass the promoters and make the fights themselves, and Charles Conwell’s team in Toledo, Ohio has taken it to heart.

“I would like to see Charles Conwell fight Jarrett Hurd,” said Otha Jones II, Conwell’s head trainer, and owner of Soul City Boxing Gym in Toledo, Ohio. “I think it is time for the fighters to look at what Teofimo Lopez just did, and take notice. Let’s make some great fights for the fans, and take risks.”

Conwell, a 22-year-old undefeated boxer in the super welterweight division, who fought at the start of this month picking up a knockout win over Wendy Toussaint in the ninth round after Conwell broke his nose, in the main event of a ShoBox: The Next Generation card.

The team and Conwell agree that the former unified world champion Hurd would be a great test for them at this point in Conwell’s career.

Hurd, who lost his WBA, IBF, and IBO world titles to Julian “J-Rock” Williams, changed teams and moved to one of the emerging coaches in the United States, Kay Koroma. Since switching camps, Hurd is 1-0 as he defeated Francisco “Chia” Santana, in January of this year.

Currently, Hurd is ranked #3 by the IBF at super welterweight while Conwell is ranked #9 meaning the bout could have merits in deciding a higher ranking for the world title currently held by Jermell Charlo in the aforementioned division.

That being said, it is exciting to see young fighters and their teams get a boost of energy from a dominant-and-star-making performance this week, as Teofimo Lopez, became a legend overnight by defeating the famed Vasyl Lomachenko, and even more so in the way, he and his father, Junior Lopez, prophesied the bout.

Whether the fight happens, comes down to the business of boxing, but it is great to see young fighters hungry to prove themselves against the best of the division, as it appears Teofimo Lopez has rejuvenated boxing.