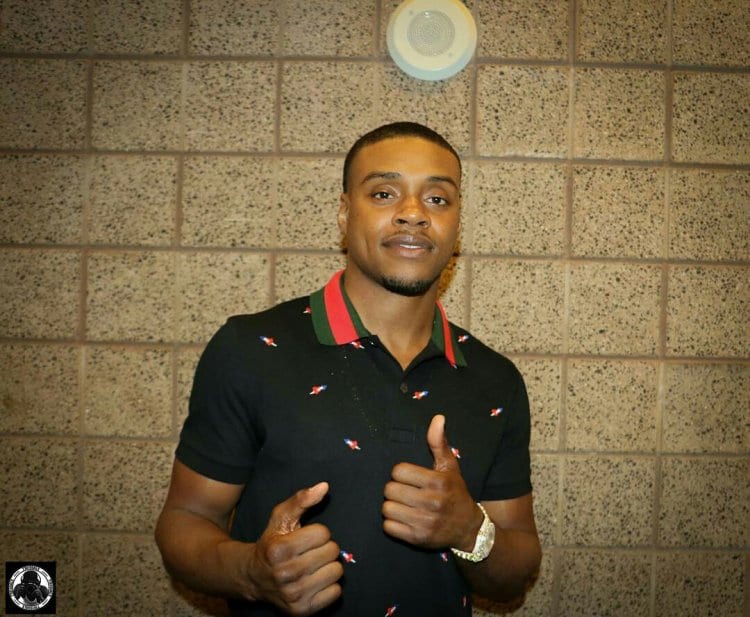 As Errol Spence Jr. preps to face Yordenis Ugas on PPV this week, we look back on the greatest boxers to come out of the Lone Star state, and for that don’t know, that is the great state of Texas. So let’s see where Spence matches up in the history books amongst the greats from his home state.

Accomplishment: The greatest heavyweight of his era, who suffered a ton of racial prejudice, in fact comic books were made in which Superman beat up Jack Johnson, if you wanted to understand how much a villain Johnson was portrayed to be. A big man, who made a career defeating white heavyweight who tried to fight him in America, not long after slavery had been abolished. Johnson’s skills don’t translate to the modern era, but the groundwork he laid should be remembered. Johnson truly defied the odds in his times.

Criticism: You can’t compare Johnson to any modern boxer, because he was a pioneer who was learning what to do, and how to be effective, but Johnson was the best in the early days of the sport, and should be remembered.

Accomplishment: The most fearsome power puncher to ever become a world champion. You can maybe say a fighter or two hits harder, but none made it to a world title and hit as hard as Foreman. He was the scariest person I had ever seen punch someone when I watched him for the first time. Foreman was the closest thing to a modern Jack Johnson.

Criticism: His long absence from the sport, after the Ali fight, Foreman left the sport, and reinvented himself.

Accomplishments: Norris was a dynamic come-forward fighter with good power but didn’t have the best chin, meaning most of his fights at the highest level were pretty epic. Norris was a fan-friendly fighter, who was a staple of great fights in his era.

Criticism: Self control. From defense to his three DQ losses, Norris was not a guy who did well under stressful situations, but that is what made his fights so fun to watch.

Accomplishments: Before we had Lomachenko, we had Orlando Canizales. A tremendous boxer, who worked great angles, and only lost one world title fight, that against a legend as well one weight class above his ideal weight. A true master of the craft.

Criticism: Never unified the division, and fought some uninteresting oppponents.

Accomplishments: The master making others fight the way he wanted them to fight, Curtis Cokes. The Dallas legend was composed, relaxed, and knew how to make it a chess match with his counter-punching style. One of the greats of his era, though sadly not mentioned as much.

Criticism: Wasn’t your typical fan-friendly fighter, Cokes was a winner, but some fans wanted more action.

Accomplishments: Spence went to the Olympics, and despite starting his pro career much later than Keith Thurman, caught up to Thurman at roughly the same time, and surpassed Thurman. Spence Jr. was the man at welterweight of his era, until Terence Crawford moved up as the debate began. Spence is a come-forward pressure fighter, who loves to riffle off combination punches when you are on the ropes, and has elements of Roman “Chocolatito” Gonzalez, about his style. A unique fighter of his era.

Criticism: Not unlike a lot of fighters in his era, just didn’t fight a ton at the top of the sport. Also, had a DUI that caused damage to his face, which seems to have greatly shortened how much longer he will fight as a pro.

Accomplishments: The first man to beat Johnny Tapia, who is one of the greatest Mexican-American boxers to ever live. Ayala was a great boxer from the Lone Star state, who doesn’t get the shine he should get. Few fighters could fight in the pocket as Ayala could.

Ayala is 4-2 in world title fights.

Criticism: Willingness to be in the pocket, sometimes overtook him and became his obsession in the fight.

Accomplishment: Curry had great physical gifts such as speed, and power, but truly it was his good size for his weight class and technical skill working with Paul Reyes that made him a generational fighter. Add to the fact he went to finish fighters if he had them hurt, and you had yourself one of the best to ever do it in his era.

Criticism: Lack of stability, from his weight to changing teams, Curry had all the tools to be come an all-time great, and still might be one, but Curry’s talent was so vast, it is hard to not wonder if he could have done more.

Accomplishments: As talented as any fighter on this list, a natural, who stood above many of his peers, his main issue though, a common one in boxing – he couldn’t get out of his own way. The aggression he brought to the ring, also followed him out of the ring.

Criticism: Being a convicted rapist, who had his career shortened due to his own doing and bad decision. When Ayala was arrested he was 19-years-old, and had a chance at a Roberto Duran fight. The arrest ended his career.

Accomplishment: A 1992 U.S. Olympian, who was born into horrible circumstances, and came off as a likable feel-good story, many followed from the Olympics all the way to a world title. Marquez was a gentlemen in-and-out of the ring, as he conducted himself with dignity and class