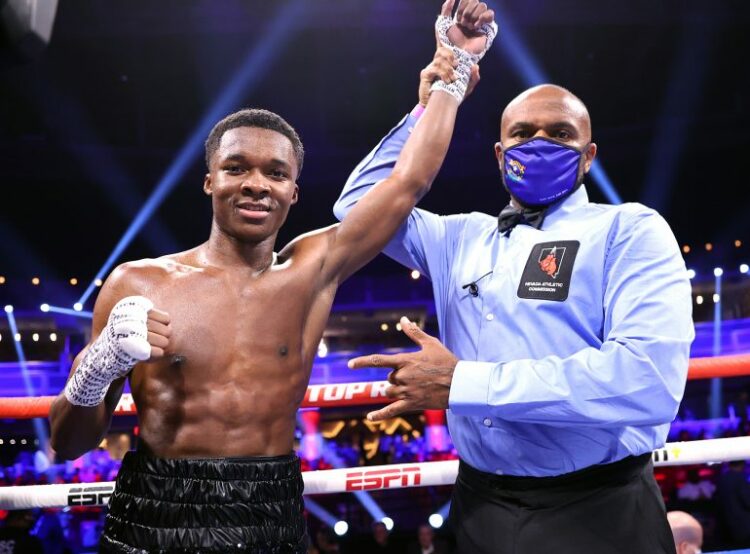 It was 2020, the months, days and seemingly the year were meaningless at that point. Every day was the same. Everything was shut down. I lived in an 800-square-foot condo, and my only solace was producing talk show about boxing at my house, beyond that, I was just aging like the rest of us, with very little income coming in.

One thing led to another, and then another. Focusing on amateur boxing gave this website, ITRBoxing a new audience that had yet to be seen by our viewership. Thousands upon thousands of fight coaches and fighters across the country, who wanted a bit of recognition for the achievements at national tournaments began to flood the website, good, bad or indifferent. This is a long preamble and I do apologize to the Mason family for starting this off so boring, but it leads somewhere, somewhere important.

Valiant Mason, the father of all five Mason brothers calls me, or maybe someone told me to call him, I can’t really remember the sequence of events. The call went like this.

“Hello,” essentially said by both of us, and ending with Valiant Mason telling me that he needs to take his sons on the road to travel so the world could see their talent. To be honest, I didn’t think much of it. I knew every Mason brother had talent, and the family story reminded me of the Russell family, but it takes so much to be a world champion, it is hard to set any form of expectation, especially without a deeper knowledge of those involved.

Abdullah was always memorable to me, but boxing is depressing. You see more people dream, and fail, or underachieve than make it. Then the ones who make it, sometimes do absolutely nothing with the accolades they have achieved. It is frustrating from a fan’s perspective and makes no sense, but the same could be said for fighting as well. It makes no sense, so the motivations of those who become great – might not make sense to most people. In short, greatness in boxing is a paradox, not unlike an NFL franchise finding a great quarterback – it isn’t easy.

As a result, as a boxing person – I just accept things. I have learned to wish the best for people, offer advice if asked and I think it can help, but to also not assume every fighter will be great because only so many spots exist at the elite tier of this sport.

Now let’s go back to 2021, the first national tournament, after the COVID-19 pandemic.

Abdullah Mason returns to defeat Joel Iriarte in the finals of the first national tournament since the pandemic shut down the world, as Iriarte, one of the better pressure fighters I have seen come through the USA Boxing program, was outboxed. The bout was one of the marquee matches and Mason made it look easy. Mason was the standout fighter of this tournament, and never really faced adversity despite fighting in one of the deeper brackets at nationals, especially given the hunger by so many to compete after COVID-19 shutdown so many competitions.

Mason became easily one of the best amateurs in the world, but after winning that national tournament – Mason turned pro, forgoing the amateur process, any longer.

Mason enlisted one of the best boxing managers in James Prince and found himself with the best promoter in developing young talent, Top Rank Inc, all of this happened when Mason was just 17-years-old, turning pro against popular Las Vegas, Nevada gym fighter Jaylan Phillips, at the Virgin Hotel in Las Vegas, Nevada in October of 2021.

This was followed by stopping a game and dangerous journeyman out of Nick and Nate Diaz‘s Stockton fight team, Luciano Ramos, who might lack some talent, but is physical and strong – meaning any young fighter will not just have to use their skills, but also their strength. Mason‘s last bout against Luis Hernandez displayed why he needs to move up in competition as Hernandez was helpless and lost just getting highlight-reel punches landed on him at will.

Now nearly a month later, Mason who in three pro fights has gone a total of four rounds with his last two fights ending in the first round will face Angel Rebollar, an undefeated fighter, who just beat a prospect in Juan Medina at Fight Club OC via a first-round KO. Though only a four-round bout, the acceleration of Mason‘s career is impressive, as though Rebollar has been undersized at 128-130 lbs., Rebollar proved to be a strong puncher at 138 lbs., making him a threat to any-and-all young fighters.

Now let’s get to Mason. He just passes the eye test. A very fast, technically sound fighter, who most impressively makes people pay when he makes them miss, at least at this level, and beyond that, is a technical fighter with relentless pressure. Once his opponent begins to fold, he never backs up, Mason keeps the pressure on his opponents and until they’re out of there.

In his first four fights, three of the four opponents are opponents who can spoil or beat a prospect, and so far in his previous three bouts – Mason has outclassed them. Mason is trending towards being a fascinating lightweight to follow, and with a win in this fight, I am curious to see if Brad Goodman and Bruce Trampler, the matchmakers at Top Rank Inc. as well as James Prince will move Mason into the six-round bouts, as he is looking to my eye to be a fighter who should soon be moving up the card.

Mason is looking the part of a top-tier fighter, but it is early. My next question is, where is Mason‘s ceiling? As we haven’t seen anyone test him, yet, that has me curious about his potential. Beyond that, Mason strikes me as someone who probably spars better than he fights on fight night, as the headgear and bigger gloves allow him to probably be more offensive, so I think we have a chance of seeing even more dynamic performances as he ages and feels more confident bringing his work from the gym to fight night.

Most impressive, Mason is not getting bullied. Despite being under the age of 20-years-old, so far, no one has been able to push him around the ring. What we are learning about young fighters is if you don’t have power, it will be hard to move up the ranks quickly, and Mason thus far is looking to have that covered.

I believe in Mason, and beyond that – I actually look forward to seeing him fight. If you pay the money for ESPN+, you should really watch Abdullah Mason, as he will be a staple of the main cards of Top Rank for the next decade.