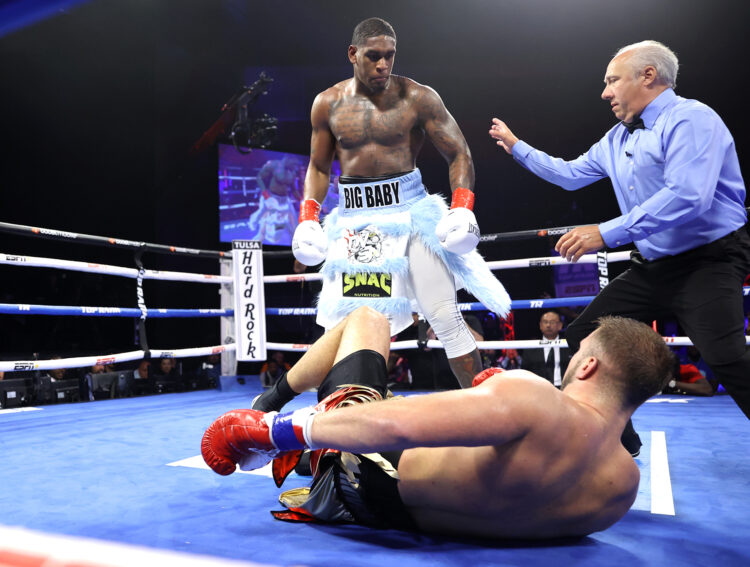 Super lightweights Jose Pedraza and Richard Commey fought to a draw in Oklahoma, on a Top Rank card broadcast on ESPN.

The fight was hard to score. Commey was very aggressive early. A cut opened up above Commey’s eye in the sixth round, and seemingly Pedraza never lost around after the cut was opened up.

The fight saw Pedraza getting stronger as the fight went on, and Commey looking tired at times fighting in spurts, later in the fight.

“I’ve never turned down a fight, and I’m not going to start now. Whatever Top Rank wants for me. If they demand a rematch, I’m ready to give Richard Commey a rematch because he deserves and I have the utmost respect for him. Ultimately, my goal is to win a world title once again. Whatever I have to do, that’s what I’m willing to do.”

Jose Pedraza after the fight.

The result now further confuses the division, as Pedraza might have had a chance to land a December fight against Teofimo Lopez, but Commey who has been knocked out by Lopez would be a hard sell.

“It is a draw. Obviously, I have to go back home and see my people. I love my people, and I gotta go back there, do what I gotta do.”

Richard Commey after the fight.

Most people watching probably favored the late work of Pedraza, but honestly – a draw was a fair outcome, but where either guy goes from this fight is anyone’s guess.

The rise of heavyweight star Jared Anderson continues. Anderson walked to the the ring dressed as a prisoner, to the popular hit song by Akon “Locked up” – stating the walkout was in honor of his brother who is locked up currently. Anderson provides the in-ring KOs of Teofimo Lopez, as well as the theatrics that made Lopez a star, and on this telecast, Anderson stopped his opponent in two rounds. If Anderson continues this trajectory of combining entertainment with knockouts we’re looking at pay-per-view type talent.

“Realistically, we don’t know how far we are from a {Filip Hrgovic} fight. I would love that fight. Filip Hrgovic or anybody in the top 10 of the IBF or WBO, WBC. We’re just looking to get some bigger names. Everybody keeps asking for bigger fights. We would love to have those bigger fights.”

Jared Anderson, after the fight.

Excitement will continue with Anderson, but given his age, it will still take a bit of time before he gets to marquee names, but as an eight-round fighter, Anderson is getting closer, and should headline a card in 2023.

Richard Torrez Jr. got a knockout in a less than a minute, his second KO that occured very quickly. Torrez Jr., a 2020 Olympic super heavyweight silver medalist, has a lot of traits of Tommy Morrison, seeing him in Oklahoma, just made the comparison even more.

Lightweight Abdullah Mason got a big win over undefeated Angel Rebollar in a fight that should be Mason’s last four-round fight of his career, as the win should graduate him into the six-round fight tier.

Delante “Tiger” Johnson got a fifth round stopapge of Harry Gigliotti, one that many fans objected to. Johnson is a 2020 Olympian, who is fighting very stiff competition, and Gigliotti being his best so far, as Gigliotti is a well respected regional pro in the northeast.

Heavyweight Jeremiah Milton got a second-round knockout in his hometown, Kelvin Davis fought to a six-round decision, Davis is the brother of Keyshawn Davis.

Other assorted results, Dante Benjamin Jr. picked up a four-round decision to start the card, and heavyweight Efe Ajagba got a second-round knockout.

Damian “Samurai” Sosa got a ten-round decision over Ronald Cruz. So is the most developed fighter from Toscano Boxing Promotions, and at 154 lbs Sosa is currently the #10 ranked fighter in the WBO rankings. Future opponents I see for Sosa are Xander Zayas, Jesus Ramos Jr., or even former world champion Brian Castano.

Giovannie Gonzalez got a decision over Brandon Cortez in a rematch of their previous draw. The fight was very entertaining.

Ector Madera got a technical decision over Timothy Parks, as a head clash cut open Madera, and stopped the bout. Madera was winning the fight convincingly prior to the cut.

Damani Cato-Cain got a stoppage win as his opponent refused to answer the bell as he edged Edgar Ramirez, a 40-fight veteran, which was a solid Northern California debut for the young pro, Cato-Cain.

Irving Xilohua got a decision over Walter Molina in a crowd-pleasing affair that saw Xilohua knock down Molina in the fight as well. An entertaining affair, in which both fighters gave and received punches – the fight was like Christmas.

Ernesto “Tito” Mercado got a second-round knockout on a club show, and Jesikah Guerra made her pro debut on the same card getting a four-round decision.

Murat Gassiev got a first-round KO in his return to the sport. Interesting to see what name fighter he can land in the near future.

Demetrious Johnson knocked out Adriano Moraes in a rematch of their bout from last year with a fourth round flying knee. Johnson is a true MMA legend, and now is the ONE FC flyweight champion. 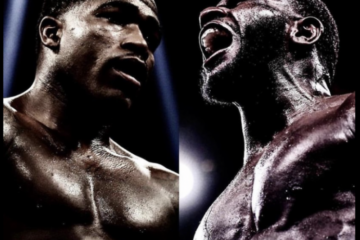