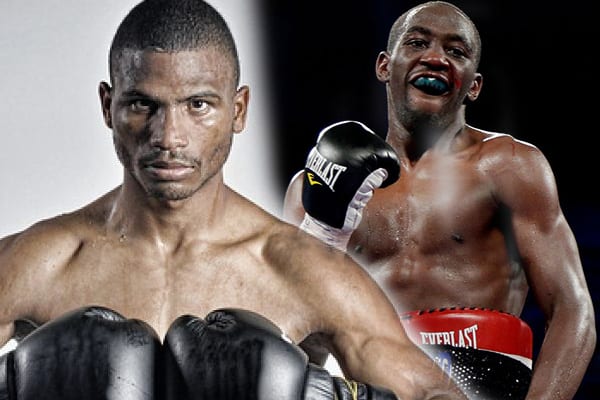 “@budcrawford402 vs @thomasdulorme (first available contender) for the WBO 140 lbs. title on 4/18. Winner must face @ChrisAlgieri next.” tweeted Izuierdo, who notes the fight will take place on April 18th.

Izquierdo also points out that by WBO rules, Terrence Crawford gets the No.1 spot at 140 pounds because he moved up from 135lbs as the WBO champion, thus giving him the spot.

Many had speculated that the winner of both fights would fight each other, but Izuierdo notes that Algieri, who held the WBO title from June to November but later had to vacant in order to face Manny Pacquiao at 147 pounds, is ranked higher than both Provodnikov and Matthysse.

Terrence Crawford is coming off an impressive 2014, with his last bout being a decision win against top contender Ray Beltran in November. Before that he faced Cuban sensation Yuriorkis Gamboa, knocking Gamboa down a number of times before stopping him in the 9th round of their scheduled 12 round bout. Crawford made 2 successful defenses of his WBO lightweight title, first winning it from Ricky Burns almost a year ago. Now he is looking to capture the 140lbs version of the belt but must get past Thomas Dulomore first.

Dulorme himself had a solid year though fighting only twice he beat both Karim Mayfield and Hank Lundy. The bout with Lundy was for the vacated WBO NABO super lightweight title, which slots Dulorme in position to fight Crawford.

The venue of the place has yet to be determined, but rumors are circulating that the bout could take place in the greater Dallas, Texas area. The fight will be telecasted on HBO in a split-site broadcast, as Lucas Matthysse and Ruslan Provodnikov are slotted to fight each other the same day in Verona, NY at the Turning Stone Casino and Resort.