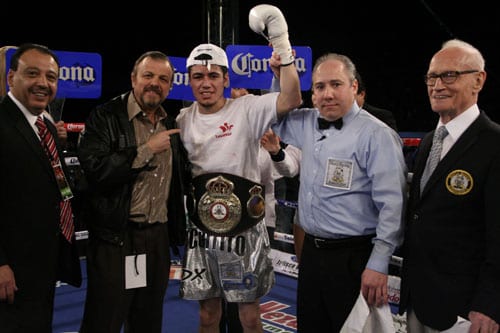 “I am very happy that Hugo Ruiz has decided to stay loyal to us and I expect he will be world champion in his new division very soon,” said Sampson Lewkowicz. “He is a very exciting fighter with the power to make every fight exciting.”

Ruiz’ only loss in the last eight years was a very debatable split decision to Japan’s Koki Kameda in a WBA Unification fight in Osaka, Japan, in December 2012. Ruiz made four successful defenses of his interim championship before the Kameda controversy.

“I will meet with my young partner, Mr. Oswaldo Kuchle, and together he and I will figure out the best course for this exciting puncher’s career. I am proud to be joining forces with Promociones Del Pueblo on this sensational fighter.”

Lucas Browne: "I'm ready for any heavyweight fighter in the world"