What’s Next for Canelo, Soro, Figueroa and more 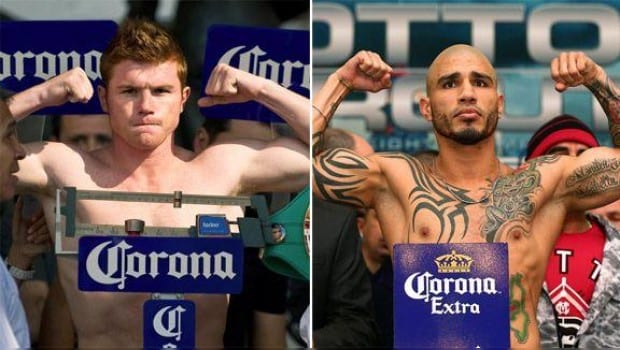 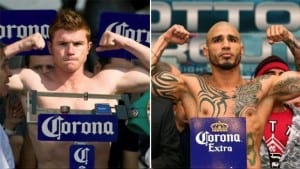 Michel Soro – Soro earned an upset victory over Glen Tapia on TruTV last Friday and just put his name in the running in a thin 154 lbs. weight class. Soro seems destined for a fight in his native France as this upset was as close to a title win without being one for Soro. So who could he face, well, a suitable foe who is coming back into the mix every know and then would be Joshua Clottey. Clottey is a former Manny Pacquiao foe and also a man who many beat Miguel Cotto, though his best years are behind him, Clottey is still a tough test for anyone in top ten.

Glen Tapia – Tapia is in no man’s land as after losing a one sided knockout loss to James Kirkland, rebounding by stopping Daniel Dawson in Macau, China only to get stopped once again by Michel Soro last Friday. This is a major red flag for Tapia, who had a large investment placed upon him which a return will probably be obtained due to his fun, action style, but now it looks like he will be matched up dead even from this point on.

Francisco Santana recently had a competitive fight with Saddam Ali on HBO. Santana is a tough slugger who wants to engage, the fight seems like it would make itself and also tell where both guys careers are heading.

Seanie Monaghan – Monaghan did what he needed to do against an outclassed foe on TruTV. Monaghan has been waiting for about a year for his big fight and let’s pretend he gets it next. Monaghan is next in line for Jurgen Brahmer WBA light heavyweight title. Brahmer is a power puncher, who most know little about, which the same could be said about Monaghan, in essence it would be a good fight at the championship level to see where both guys fit

Amir Mansour won on Friday against Joey Dawejko, but didn’t look good. Mansour fought at the lightest of his career at 210 lbs. and could have been overtrained heading into the fight as he looked a tad bit flat at times. The 40 plus year old pro fighter is searching for something of note and why not give him veteran spoiler, Tony Thompson. Thompson has spent the past few years going around the world beating up guys as the guy being brought in to lose. At this point, Mansour needs to be thinking title shot or bust and Thompson is a good next step to get to that goal.

Canelo Alvarez – Alvarez looked as good as he ever has knocking out James Kirkland in three rounds on HBO. For Canelo, the next logical fight is a fight against lineal middleweight champion, Miguel Cotto. The fight was actually suppose to happen on May 2nd, but Cotto alleged pulled out and/or refused to sign the contract as he was leveraging for a Floyd Mayweather fight. That fight with Mayweather didn’t manifest and now Cotto will fight Daniel Geale next month which if Cotto wins, should set him up for the fight with Canelo on pay-per-view later this year.

James Kirkland – Well, it is only far to include James Kirkland, but let’s be real, we have no clue when he will return. It took Kirkland two years to return to the ring and with promoter, 50 Cent, who seems to have little pull in the industry. Kirkland is one of the best (and worst) boxing stories that one day will be transcended into a movie in 10-15 years from now. Kirkland, for all of his flaws is what boxing fans love the most, a honest fighter. Kirkland comes forward with the intentions to bang with his foe the problem is we have no clue as to when or if Kirkland will be back in the ring in the short term.

Omar Figueroa Jr. – Figueroa Jr. had a pretty big boo boo this weekend, missing weight by 1.5 lbs after moving up in weight from lightweight, a division he held the WBC championship title. It seems as though Figueroa Jr. who had a hotly contested fight against Ricky Burns might find himself in hot water and that hot water could lead to a bout between himself and Amir Imam, a junior welterweight that no one is all that eager to face.

Ricky Burns – It has been a good career for Ricky Burns, but it seems to be winding down now. After his loss on Saturday I suspect one last fight for a retirement bout in a fight in his hometown as a send off to Burns

The tough truth for Canelo

What’s Next for Canelo, Soro, Figueroa and more