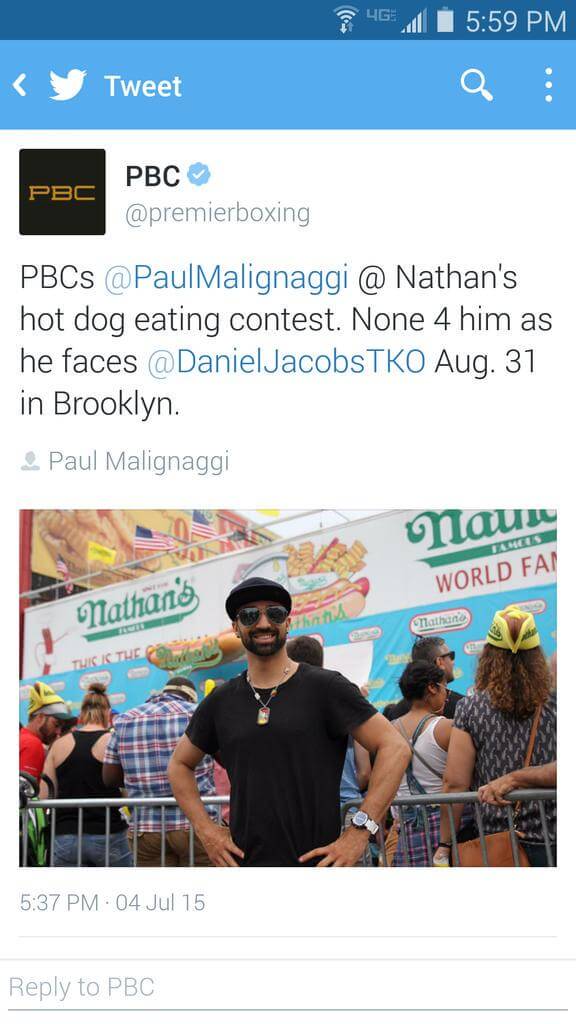 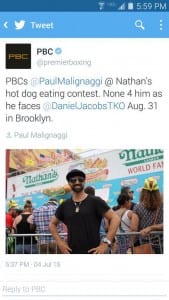 Today Paulie Malignaggi, who takes on Danny Garcia August 1st in Brooklyn, NY on ESPN, took part in the festivities around the Nathan’s hot dog eating contest to celebrate the Fourth of July. Normally this would be an average story to garner some interest, but Premier Boxing Champions Twitter account sent out a tweet that was flat out bizarre.

The tweet listed Malignaggi as a middleweight, when in reality he is an undersized welterweight as well as stated that his opponent would be Danny Jacobs. Jacobs is a middleweight, but fighting Sergio Mora, not Malignaggi. This came as a surprise when the industry leader in boxing content would make a gaff of this nature, but ‘hey, we all make mistakes!’.