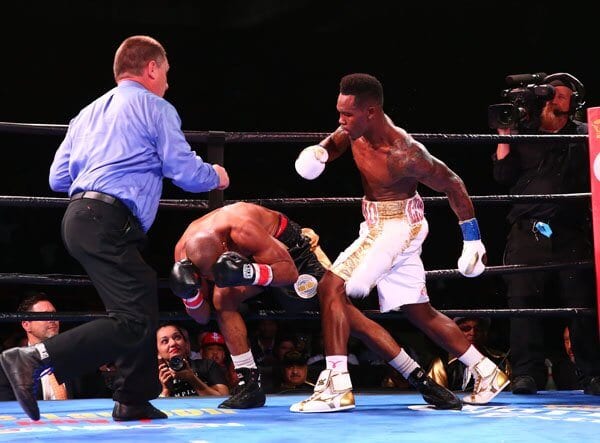 Super welterweight Jermell “Iron Man” Charlo (27-0, 12 KOs) scored a sixth round TKO over a past prime Joachim Alcine (35-8-2, 21 KOs) on Saturday night at the NRG Arena in Houston, Texas. Charlo dropped Alcine in round six and got the stoppage with his follow up barrage not that long after. The fight was a stay busy fight for Charlo, who is helping to match his brother Jermall Charlo who recently won the IBF super welterweight title on September 12th, by picking up a title next year.

Super welterweight Tony Harrison (21-1, 18 KOs) scored a one-sided ten round unanimous decision over Cecil McCalla (20-3, 7 KOs). Harrison swept the first eight rounds. Harrison dominated from start to finish, this was his first bout after being knocked out by Willie Nelson. The final scores were 100-90, 98-92, 98-92.