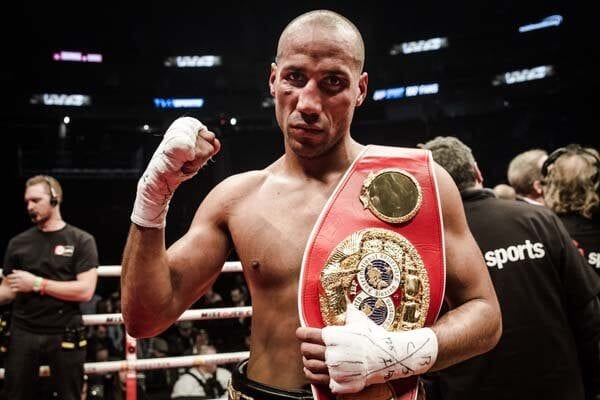 IBF super middleweight champion James “Chunky” DeGale (22-1, 14 KOs) retained his title with in a very tough bout against Lucian Bute (32-3, 25 KOs) on Saturday night at the Vidéotron Centre in Quebec City. The fight saw DeGale start strong , but seemingly get a little befuddled by Bute’s constant pressure. The fight went back and forth with no rounds being easy to score. Speaking of scores the judges scored the bout a tad wide, a theme of the night with the scores of 116-112, 117-111, 117-111 all for DeGale.

Former #1 ranked WBC super-lightweight Amir Imam suffered his first career loss in a stunning upset on Saturday night. Imam dropped Adrian Granados early into the first round, but seemed to look fatigued and tired as the fight went on as Granados weathered the storm. Granados (17-4-2 12KO) would not back up forcing Amir Imam (17-1 12KO) backwards eventually stopping him on the ropes in the eighth round.

In a WBC light heavyweight eliminator Eleider Alvarez (19-0, 10 KOs) won a twelve round majority decision over Isaac Chilemba (24-3-2, 10 KOs). The bout seemed extremely close, but not all that thrilling of a bout, if that makes sense. ITRBoxing.com scored the bout for Chilemba by one round, but the judges saw it all for Alvarez who won by the scores of 118-110, 115-113 and with one judge seeing the bout even 114-114. Alvarez is now Adonis Stevenson mandatory title defense for the WBC light heavyweight title.

Eleider Alvarez to prove Kovalev KO was no fluke

Sergey Kovalev: I will get my belts back…last time I ran out of gas