Results from FS1: Redkach and Cruz fight to draw 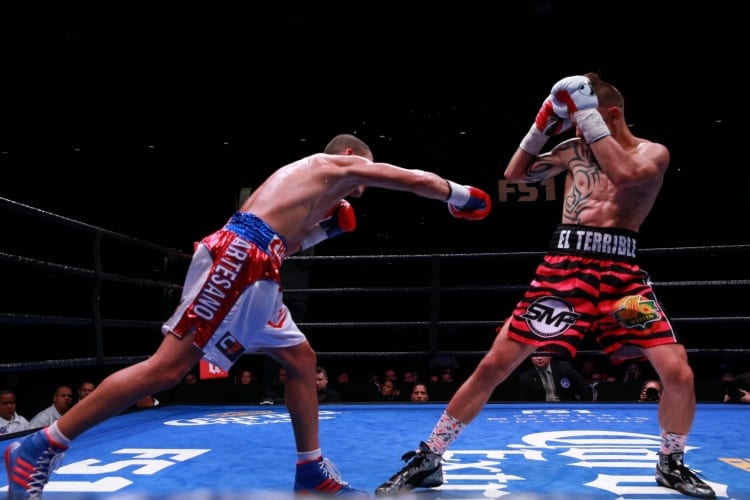 In a fight that might get forgotten in a list of the best fights of the year, lightweights Ivan Redkach (19-1-1, 15 KOs) and Luis Cruz (22-4-1, 16 KOs) fought to a 10-round draw. Cruz floored Redkach in the second round with Redkach sending Cruz to the floor in the eighth and the ninth, one of which seemed to be a push that was ruled incorrectly. The official scores were  94-93 for Redkach, 94-93 for Cruz, and 94-94 even.

In a dominant middleweight beatdown, Immanuel Aleem won an 8-round unanimous decision over rugged New Yorker Jonathan Cepeda to remain undefeated Aleem held every advantage in the fight, but still somehow managed to engage in action fight allowing Cepeda to get close trade. All three judges scored the bout for Aleem 79-73.

In the opening bout of the FOX Sports 1 televised bouts from the Sands Event Center, middleweight Junior Castillo defeated heavily touted  Kyrone Davis to earn an 8-round decision. Castillo showed impressive power by dropping Davis with a left in round four, but Davis showed the heart of a soldier as he battled back to nearly even the odds on the cards. Davis’ rally was a little too late though as Castillo won the unanimous decision by scores of 76-75, 77-74 and 78-73.

New Live Dogs podcast: We're all over the place

Results from FS1: Redkach and Cruz fight to draw