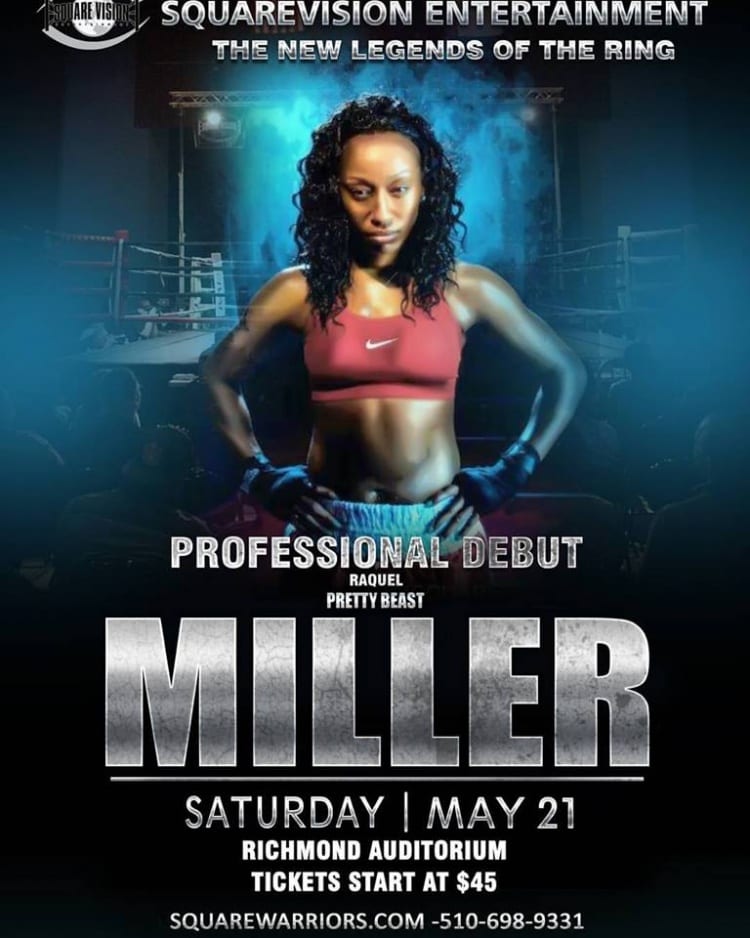 2012 U.S Women’s Olympic Alternate and amateur standout Raquel Miller will be making her professional debut in Richmond, CA on May 21st as part of a stacked card being put on by promoter, Mike Bazan, who is the head honcho of Squarevision Entertainment, the promotion that is putting the event. Currently Miller doesn’t have an opponent at the time of this release.