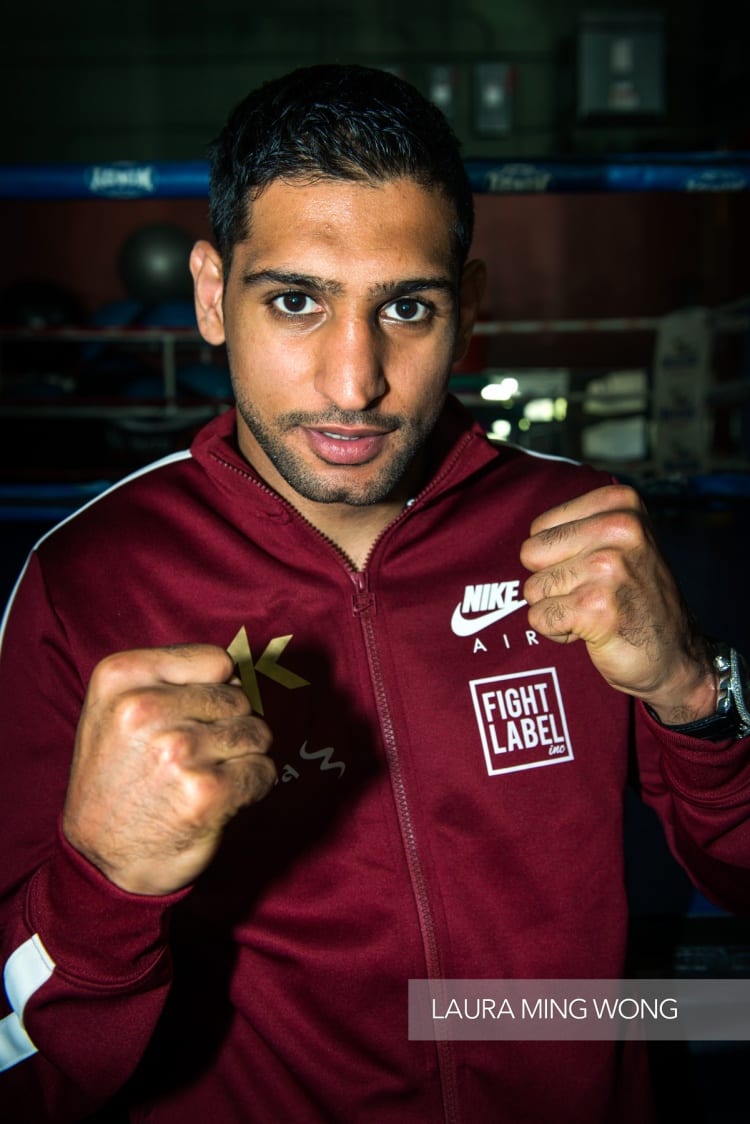 Amir Khan is preparing for the biggest fight of his life on Saturday against Saul “Canelo” Avarez in Las Vegas on Saturday, May 7th.

Yet the boxing star, Khan, on Monday hinted at potentially making a transition to MMA.

Khan who spoke to the BBC explained that he felt his speed would work well for MMA and that MMA fighters would struggle to adjust to his style.

Khan, a stockholder in a smaller MMA promotion entitled Super Fight League, has hinted in the past he might fight in his own promotion.

The biggest shock was the name of whom Khan up to The Daily Star.

“I’ve always been a UFC fan and I like McGregor,” Khan said. “But if I was to fight the champion around 147 lbs, I would fancy my chances. McGregor or whoever.”

Amir Khan fights this Saturday on pay-per-view against Canelo Alvarez at the newly built T-Mobile Arena in Las Vegas, NV on Saturday May 7th.