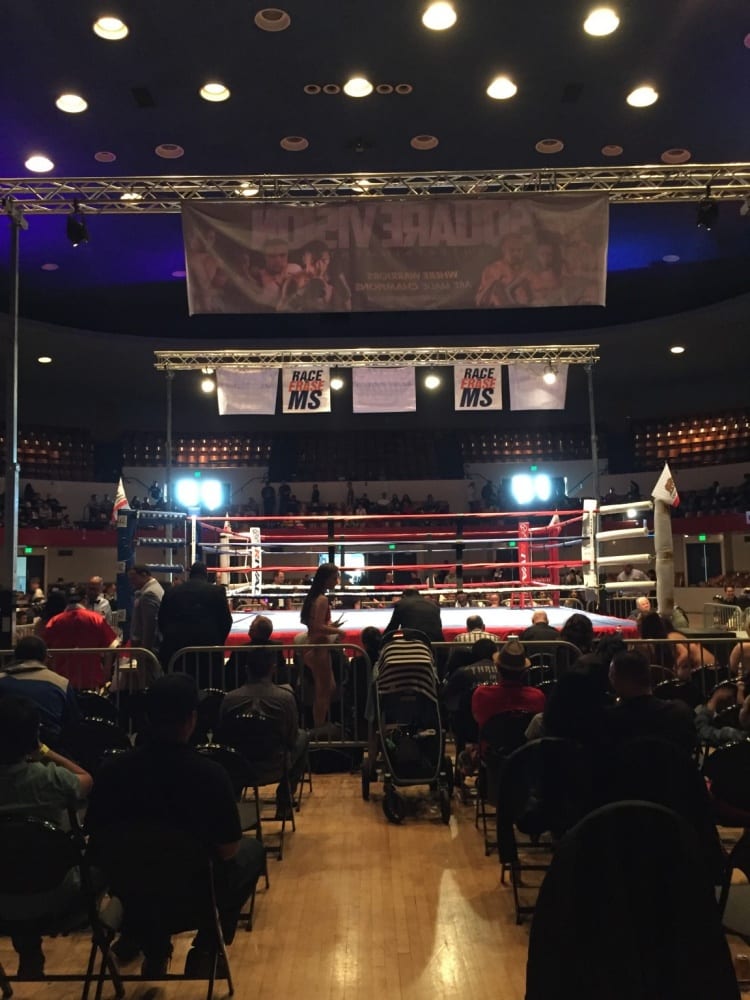 In front of a nearly sold-out crowd in the Richmond Auditorium in Richmond, California hometown favorite junior welterweight Luis Garcia (5-0-1 4KOs) of Richmond, CA picked up a fourth round technical knockout over a tough and game Gabriel Solorio (1-2-1). Garcia, who stalked Solorio ate a few extra shots due to not using his jab to close distance, dropped Solorio multipe times before the eventual stoppage.

In the co-main event, junior welterweight Moises Benitez (5-0 2KOs) of San Jose, California defeated Jhonnathan Zamudio (1-3-3) of San Francisco, CA. Benitez landed the harder punches and was able to keep distance well to force Zamudio to the ropes, but Zamudio was able to land good hooks when trapped on the ropes and was busier in the middle rounds. The judges scored the bout for Benitez by a wide margin that some felt should of been closer.

Women’s Flyweight Casey Morton (4-0-2) had her best outing as a pro as she outboxed a very tough and game Peggy Maerz (2-10-1). Morton, who used angles and movement to stop the aggression of Maerz also had a good overhand right that was landing at will on her foe. Morton picked up the unanimous decision on all three of the judges cards.

Welterweight Joel Siapno (2-1-1 2KOs) earned a first round knockout of David Cruz (0-2) after landing a hard straight right hand that was set up by a feint that Cruz bit on. Siapno returned after a year layoff from the ring.

Welterweight Rudy Macedo (2-0 2KOs) picked up a first round technical knockout over a very tough Elih “The Wolf” Lizama (0-2) of Salinas, CA. Lizama landed a few hard punches to start the bout that seemed to trigger the fighting spirit of Macedo who floored Lizama quickly into the first round. Lizama would get up, but not for long as a Macedo flurry would stop the bout.

Women’s Olympic alternate Raquel Miller (1-0) needed less than a minute to stop Sara Flores (0-1). Miller landed a clean uppercut that Flores was unable to recover from.

In an upset, Jose Marin (1-0) scored unanimous decision over hometown favorite Israel Hernandez (0-2-1). Hernandez appeared to be in control of the fight, but was dropped twice in the last round of the fight which shifted the tide of the fight.

Jose Iniguez defeated Pedro Madriz in the early action of the card.

The night started off with a bout between Daniel Reynoso (0-0-1) and Luis Casillas (0-0-1) going to a technical draw after a head clash to Casillas forced a cut over his eyes that stopped the bout in the third round.