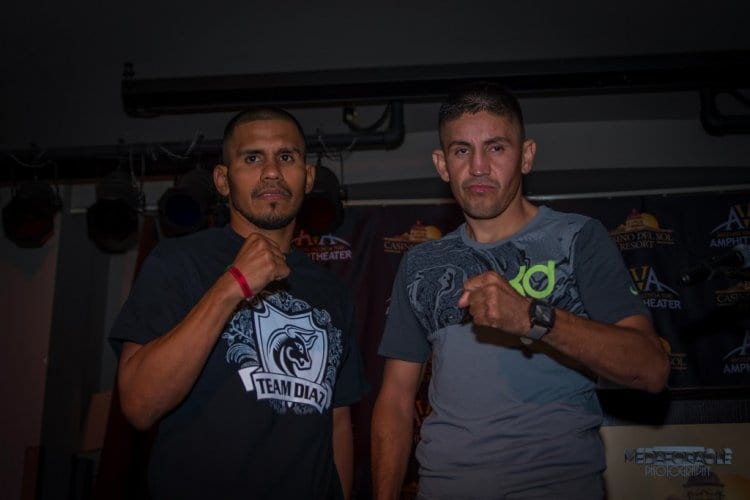 TUCSON, AZ – Former lightweight world champion and proven in-ring warrior, Juan ‘Baby Bull’ Diaz has the hunger to capture a world title once again and he knows that to get even closer to that precious championship opportunity he will have to surpass the test that he will have in front of him this Saturday, August 6, in front of a sold out crowd on the ‘Solo Boxeo Unimas’ card that will take place at the Grand Ballroom of the Casino del Sol Resort in the city known as ‘The Sunshine Factory’.

Diaz (41-4, 20 KO’s), from Houston, Texas, who has been crowned in multiple occasions as lightweight king, hopes to continue his steady pace towards the opportunity to fight for a world title once again when he battles against Mexico’s ‘Cesar Vazquez (27-3, 16 KO’s) – a former world title challenger – in a ten-round bout on the main event of the card that will be televised this Saturday at 11 p.m. ET/PT in the United States by UniMás.

“I have been there before and I know what it takes to get back onto the big stage again. I am only fighting now for one reason. I want to win a fifth world title. That puts a mark of importance on my fight Saturday night because I must win to get to where I want to go,” recognized Diaz. “I can not, must not have any setbacks. Winning is the only thing now. This is what I am dealing with when I fight Vazquez on Unimas at Casino del Sol in Tucson on Saturday night,” added ‘The Baby Bull”

In the fight that will start the UniMás broadcast, Jose Maruffo (8-4-2, 0 KO’s) from Phoenix, Arizona, will face Mexico’s Alfonso Olvera (7-2, 3 KO’s) in a six round super lightweight fight.

Diaz vs. Vazquez / Maruffo vs. Olvera will be televised on August 6 at 11 p.m. ET/PT on ‘Solo Boxeo UniMás’.

Also on the card, unbeaten Phoenix contender, Trevor McCumby (22-0, 17 KO’s) will risk his undefeated record against Puerto Rico’sManny Siaca (25-8, 20 KO’s) in an eight-round bout on the Light Heavyweight division.

Use the hashtag #SoloBoxeo to join the conversation on social media.