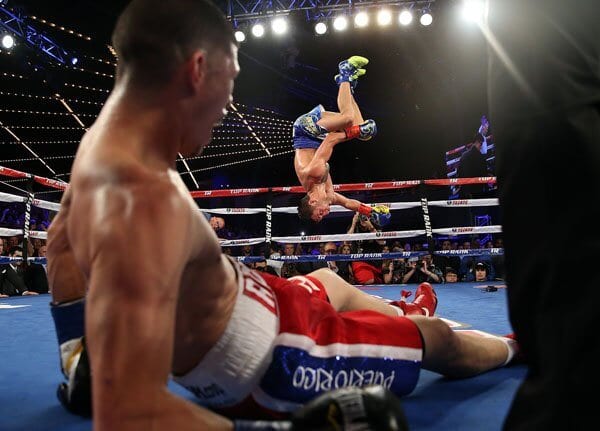 Per ESPN, a battle of two of the best in the lower weight classes has been verbally agreed to as current WBO super featherweight champion Vasyl Lomachenko (6-1 4KOs) will take on former featherweight world champion Nicholas Walters (26-0-1 21KOs) on November 26th in Las Vegas, Nevada at the Cosmopolitan.

The bout will be televised by HBO.

Lomachenko will be making his first defense of the WBO super featherweight title he won after destroying Roman “Rocky” Martinez earlier this year in New York.

Walters is coming off a year hiatus after knocking out Nonito Donaire and getting a decision win over Miguel Marriaga.

More information coming as soon as it is available.

510 Fights presents "Battle of the Badges" on Saturday