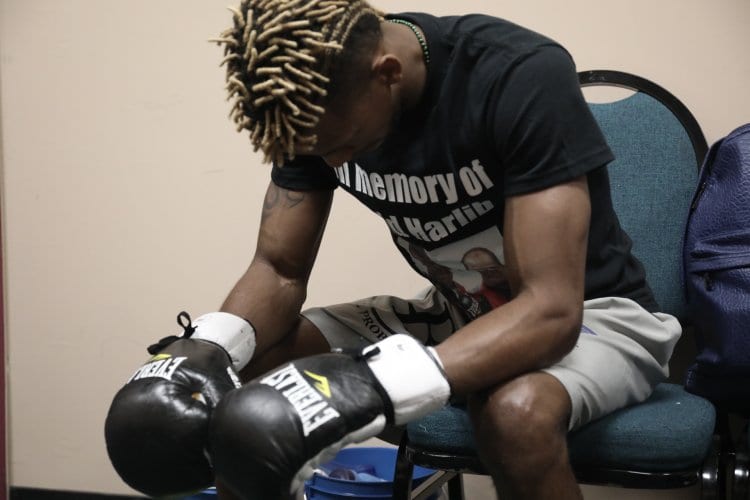 Super featherweight  Leduan Barthelemy (13-0, 7 KOs) scored a tenth round TKO over Reynaldo Blanco (14-4, 8 KOs) on Tuesday night at Robinson Rancheria Resort and Casino in Nice, California. Barthelemy was steps ahead of Blanco for the whole fight, but finally dropped him in the final round. Blanco got up, but his corner called a stop to the action.

Junior middleweight Kyrone Davis (12-1, 5 KOs) picked up the biggest win of his career as he came into hostile territory as he picked a split decision win over Mark Anthony Hernandez (9-1, 2 KOs). The fight was fought in close proximity with a lot of clinches and lulls, in the middle round a close shot either low or to the body was ruled a foul and saw Davis lose a point. In the last round, Hernandez nearly dropped Davis, who appeared on unsteady legs. The judges saw the bout 96-93, 95-94 for Davis and 95-94 for Hernandez.

Middleweight Malcom McAllister (9-0, 8 KOs) survived a near disaster over Alejandro Torres (9-3-2, 4 KOs). After five rounds of dominant boxing, McAllister was dropped by Torres and had to survive the final round to edge out the win. The judges saw the bout 58-55, 58-55, 58-55.

Super Flyweight Eros Correa (1-0 1KO) of San Jose, CA got a first round KO as he stopped Damon Simon in the first round. Taif Harris (2-5 1KO) shocked the world as he knocked out Brandyn Lynch (2-1 2KOs) in the second round of their scheduled four round fight after dropping Lynch in the first and second round. Anthony Chavez defeated Jose Fabian Naranjo after the main event.