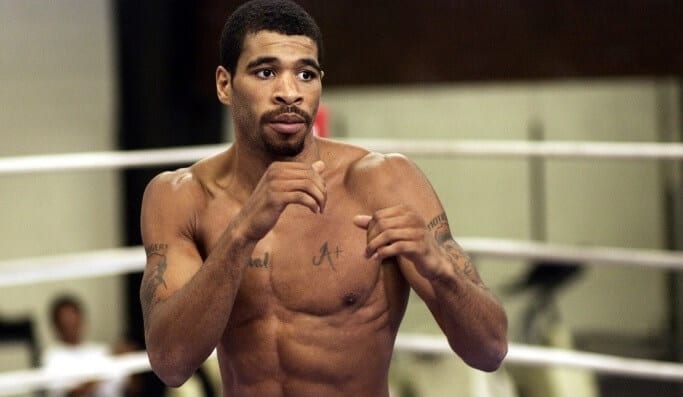 When asked how he would describe himself, Anthony Peterson (37-1 24KOs), 31, had no hesitation.

“I am the ghost of boxing. I am around, but at the same time I am not.”

It was a poetic start to an interview in which I didn’t know a lot about Anthony Peterson. What I did know was he was a decorated amateur, had a bizarre fight with Brandon Rios (we will get to in a bit) and surfaced on a Premier Boxing Champions card a while back though I couldn’t tell you how long ago.

For Peterson, this is type of response is common.

“When I see people at events they ask me ‘when are you fighting?’ and I literally tell I don’t know”.

It seems redundant, but often in boxing we have people who write about the sport who love the sport itself, but the craft of interacting with a human being or understanding motivations and intentions go for not. Everyone who has seen Peterson train or fight knows he is talented, his brother LaMont Peterson might be one of the best junior welterweights of this decade and yet even then Anthony has been patiently waiting for his moment.

It would be easy to type cast Anthony Peterson or place a label on him as one who never made it, but Peterson is complex.

Peterson explained that it was a perfect series of events that turned him into a ghost as he battled a series of injuries that stemmed from essentially going to any and every fight as an amateur as he began boxing in 1995 while turning pro only nine years later. Between injuries and trouble getting fights, he has lingered in the background. In fact since 2014, Peterson has only had five fights, with two of those fights being tune-up bouts.

Yet his inspiration to take up the sport of boxing was simple, it was his brother, LaMont Peterson.

“My big brother (LaMont Peterson), has always been my right hand since I came out the womb. Every since I can remember, I remember LaMont and everything he did I pretty much wanted to do as well and Lamont was a fighter since day one.”

Anthony Peterson explains that in 1995 he met his trainer, who became a father figure to him, in Barry Hunter, who he began to train with. Peterson explained that going to the gym at first he knew a few things about hand placement since he watched his big brother, LaMont fight and studied what he did to win fights.

“I have said it since my very first interview on September 25th, 2004, that I would never fight a fight without Barry Hunter.”

The fact that Peterson is strong in that virtue of having Barry Hunter in his corner explains their relationship. Peterson would detail his teenage years up until his early adulthood and talk fondly of how helpful Hunter was in his life. In short, it seemed like Peterson could of gone a lot of directions in life, but Hunter was a person who helped guide Peterson in a positive way.

Then there is the moment most probably are reading this article for, the Brandon Rios fight which took place on HBO. It is the fight that until this point defines his career and has the most mystery as well.

Peterson explains disappointment as the biggest contributor to his disqualification loss to Brandon Rios.

“I was suppose to fight Yankee Stadium on on the Miguel Cotto undercard. I was going to fight Humberto Soto for a world title.”

Peterson essentially explained the date was locked in and it appeared everything was good to go and his fight booking got moved to facing another top contender like himself in Brandon Rios. Going from a world title fight in a major venue that hadn’t housed a fight since Muhammad Ali to a fight on HBO at the Palms Casino might not seem disheartening to some, but you didn’t live it. Peterson faced harsh disappointment and though he continued to train it simply sounds like fight night, his frustration at the business of boxing got the best of him.

Peterson, a man who can remember nearly ever significant date, month and year of his life to exact detail, explained the loss was a blessing in disguise.

The loss was a time of reflection and an avenue to sort out things that were not beneficial to his life.

Peterson, who last fought a year against a one loss fighter Samuel Kotey Neequaye is staying in the gym and awaiting the opportunity of a lifetime by staying in the game.

As the man, who can recite any pivotal date in his life without hesitation and once won a lot of money at the craps based off time (Peterson once won a lot of money based off the time adding up to 8, which is the number he had been chasing all night). Peterson is one of those figures in boxing, whom the talent is there and the insiders know how good he is, it is just awaiting the platform for him to get his chance.