Beginning next Friday, Facebook FIGHTNIGHT LIVE serves up tripleheader action inside the squared circle. To open the weekend, the fan-friendly boxing and MMA streaming service partners once again with renowned promoter Jimmy Burchfield Sr. for a red-hot CES Boxing card to start the boxing year in New England. Fans from across the globe can catch all the action beginning at 8 p.m. ET live from Twin River Casino in Rhode Island on any device wherever Facebook is available.
“This is an exciting main event between two deserving championship contenders and there’s no better partner than FIGHTNIGHT LIVE to provide fight fans all around the globe a front-row seat to the action. Ray Oliveira Jr. has paid his dues though the years while other fighters in New England have had the opportunity to see their name in lights. Now he gets his shot to headline for the first time in his career while competing for his first championship,” said Burchfield, Sr.
Recently hitting the 1,000,000 views mark, Friday’s show rings the opening bell on FIGHTNIGHT LIVE’s Feb. 23-24 back-to-back-to-back Friday and Saturday shows spanning from the casinos of New England to the Boardwalk of Atlantic City.
“At this point, CES and FIGHTNIGHT LIVE are family,” said Mark Fratto, Principal of Linacre Media. “We know each other, we love working on shows with the Burchfield and CES Family and have relationships with the promoters and fighters that extend long past the bell. These are great people and great athletes and we’re excited as always to give them a platform to showcase their talent and tell their stories. What a great way to open a jam-packed weekend of Facebook fights.”
CES Boxing kicks off the 2018 Twin River Casino Fight Series on Friday, Feb. 23, with Fall River, Mass., junior middleweight Ray Oliveira Jr. (9-1, 1 KO) headlining for the first time in his career and vying for the World Boxing Union (WBU) Super Welterweight Canadian-American-Mexican (CAM) Championship in an eight-round showdown against New Haven, Conn., veteran Edwin Soto (11-2-2, 4 KOs), plus a six-round heavyweight co-feature between Sicilian Juiseppe Cusumano (13-1, 11 KOs) and battle-tested Pittsburgh, Pa., native Fred Latham (9-1-2, 5 KOs).
Over the first nine-plus months of programming, the numbers on the 12-show FIGHTNIGHT LIVE series have showed promise and potential for the new platform with an average of close to 90,000 fight fans tuning in per event and more than one-million fans served.
The Sept. 9 “Real Deal Promotions: Empire State” from Resorts World Casino (225,000), the August CES “Super Saturday” from Foxwoods (203,000), the Sept. CES “Twin River Twinbill” from Lincoln, R.I. (157,000) all topped 150,000 views, and collectively the 12-show series saw a total of more than 21,000 total hours of Facebook video consumed by 1,067,435-plus users across all devices.
In addition to the raw viewership numbers, the fully-interactive, fan-friendly productions have seen more than 142,000 collective live post engagements (nearly 12,000 per show), including almost 97,000 “likes” or “loves,” more than 22,000 comments and almost 6,000 shares.
FIGHTNIGHT LIVE broadcasts are viewed by 76 percent men, 24 percent women. The top demographic is comprised of males ages 25-34, which encompasses approximately 30.0 percent of the audience, on average.
The Sept. 9 “Real Deal Promotions: Empire State” set a new bar with 224,658 views and the Sept. 15-16 DiBella-CES doubleheader carried the series to three-quarters-of-a-million views in just over four months. The Feb. 10 Hard-Hitting Promotions “Philly Fight Night” show stands out individually with 3,421 live hours of content viewed, while the Sept. 15 DiBella card saw more than 40,000 viewer interactions including almost 39,000 “likes” or “loves.”
The FIGHTNIGHT LIVE page on Facebook has more than 80,000 fans and more than 82,000 followers. And Facebook itself has taken notice – the world’s No. 1 social network recently profiled FIGHTNIGHT LIVE on its “Success Stories” media blog, noting the series’ use of industry best practices for production and interactivity:
https://www.facebook.com/facebookmedia/success-stories/fightnight
Facebook FIGHTNIGHT LIVE has been delivered to fans absolutely free since its May 2017 launch courtesy of series corporate partners like Elite Heat Water, Montauk Iced Tea (montaukbev.com), Mr. Custom Made(mrcustommade.com) and BallWash (ballwash.com).
On Friday night, Feb. 23, live from live from Twin River Casino in Lincoln, R.I., fans can expect a high-impact, multi-camera streaming experience complete with graphics, animations, replays, interviews and an announce team anchored by blow-by-blow announcer Michael Woods of the TalkBox Podcast, NYFights.com and The Ring and analyst Xavier Porter of BrooklynFights.com and Notorious Boxing. To provide spectators with a fully-interactive ringside experience, commentators will ask and respond to questions from the Facebook audience throughout the broadcast.
Created and produced by Linacre Media out of New York City, the FIGHTNIGHT LIVE series features professional announcers, multiple camera angles, television graphics, replays and behind-the-scenes access and interviews. The streamed shows are available globally wherever Facebook is available. The initiative not only enables fans from around the world to tune in, but also gives up-and-coming fighters a global platform to showcase their abilities, gives promoters an accessible “broadcast” solution and gives sponsors the ability to reach a mass audience via branded content.
More FIGHTNIGHT LIVE Winter/Spring 2018 dates will be officially announced in the coming weeks.
FIGHTNIGHT LIVE is available online at: https://www.facebook.com/FaceFIGHTNIGHTLIVE/
Follow all the action via social media at FaceFIGHTNIGHTLIVE on Facebook, @FaceFIGHTNIGHTLIVE on Instagram and@FIGHTNIGHTLIVE_ on Twitter, or by using the hashtag #FIGHTNIGHTLIVE. For the latest Linacre Media events and broadcast schedule, follow@LinacreMedia across all social platforms or use the tags #LinacreMediaEvents or #LinacreMediaOnTV.
Tags:Facebook streamFIGHT NIGHT LIVEMichael WoodsRay Oliveira JrReal Deal Promotions
Previous post 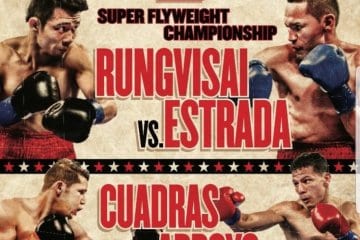 Thomas LaManna vs. Gabriel Bracero LIVE and FREE on Facebook