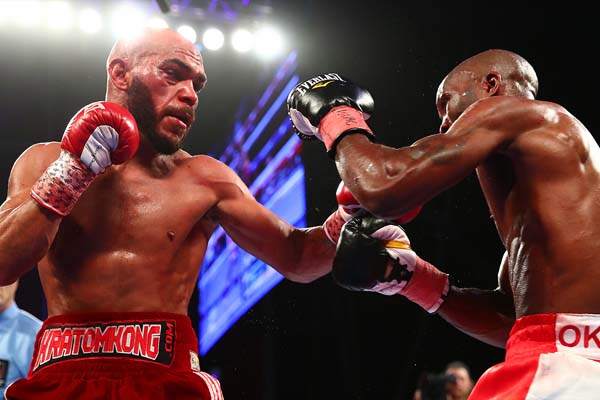 It finally happened as 36-year-old Ray Beltran (35-7-1, 21 KOs) can now add the words world champion to the list of accomplishments amongst his career. Beltran who scored a hard fought twelve round unanimous decision over Paulus Moses (40-4, 25 KOs) to claim the vacant WBO lightweight title on Friday night at the Grand Sierra Resort in Reno, Nevada.

The two played rock’em sock’em robots exchanges punches in the middle of the ring as Beltran began to take over in the second half of the fight.

2016 Olympic silver medalist Shakur Stevenson (5-0, 2 KOs) of Newark, NJ picked up a one-sided unanimous decision victory over Juan Tapia (8-2, 3 KOs) in the featherweight division. The judges had it 80-72 on all three cards.

In the opening bouts, super welterweight Sagadat Rakhmankulov picked up a TKO of Noel Esqueda as well as
Alexander Besputin stopped  Wesley Tucker in a welterweight bout.