Boxing Weekend Recap: Shields gets up, Vergil Ortiz is a star and more 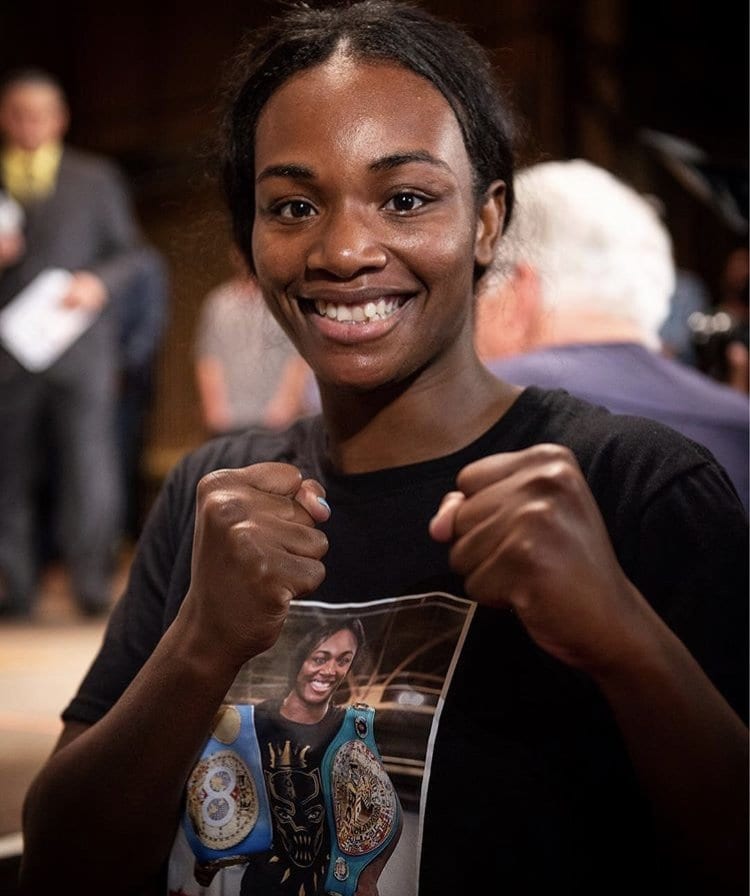 Shields down, but up

Two-time Olympic Gold Medalist Claressa Shields (6-0, 2 KOs) won two world titles in her first bout at middleweight against Hanna Gabriels (18–2, 11 KOs) in a bout for the vacant IBF and WBA female middleweight world championships on Friday night at the at the Masonic Temple in Detroit, Michigan. Gabriels dropped Shields in round one and caused a bit of an uproar as Shields didn’t look hurt, but did appear shocked,

Shields pushed through as she forced the action upon Gabriels, who didn’t have much to offer after the third round. That being said detractors on the internet took to lambasting Shields as she has adorned the moniker of “GWOAT” or quite simply “Greatest Women of All-Time”.

That being said, Shields is a very young women, who has a lot of pressure upon her shoulders. Despite two gold medals, Shields was not offered a promotional contraction of her liking by the major promoters as she ended up signing with Salita Promotions, a smaller more regional northeastern promotion. Shields is a decorated fighter, who has gotten little respect for all that she has accomplished and now in the professional ranks is being marginalized for her “lack of power”, “attitude” without looking at the fact that she got up after being knocked down. I might be a bit of softy at my age, but I think Shields is developing as a young person and to judge her as a finished product in her sixth professional fight is foolish.

Shields is a polarizing figure, one whom should open doors for women’s boxing, but at this point, she all has a lot of criticism partially since she has shun, a lot of the old guard boxing media, who live their life via social media, which doesn’t bother me one bit. Shields is a two-division world champion who is still developing in the professional game.

In the co-main event, Christina Hammer picked up a tactical decision over Tori Nelson (17-2-3, 2 KOs) in ten round affair.

Hammer used her length and a good jab to keep Nelson at bay, but didn’t win any new fans as it appeared Hammer’s gameplan was to essentially neutralize Nelson rather than be offensive. That being said Hammer won all but one round on three judges scorecards.

Shields vs. Hammer for all four of the sanctioning bodies belts should happen later this year

Super lightweight Josh Taylor was tested greatly by Viktor Postol in Glasgow, Scotland over the weekend. Taylor is the prototypical blue-chip prospect that is being rushed to a title as in his twelfth fight he fought a former world champion in Postol.

The performance comes with good and bad moments, the good being that Taylor pasted the test even dropping Postol late in the fight,  the bad being that it seems Taylor is being rushed, like a lot of modern prospects and though talented Taylor it seems as though he should take a few fights to brush up on things for the next level of the division, although he is forgoing that to enter World Boxing Super Series in the fall.

Taylor is a terrific body puncher.

Buy now in Vergil Ortiz stock as the super lightweight is one of the best fighters in the sport of boxing. Ortiz stopped a game and rugged Juan Carlos Salgado and made him look like just the rest of his opposition as Ortiz has yet to go past the third round in a fight winning each and every bout by knockout.

Ortiz is a future star in the sport of boxing who deserves attention and notoriety right now, but will more than likely be deemed a star that appeared out of nowhere once he fights on a massive platform like a Canelo vs. Golovkin II. Ortiz is a terrific body puncher who has the best left hook to the body in boxing right now.

Super featherweight Hector Tanajara Jr. picked up a decision against a game opponent, but isn’t showing separation between competition levels.

The main event saw lesser known, but incredibly tough professional opponent Roberto Ramirez upset former WBC lightweight champion Dejan Zlaticanin. Ramirez charged out and appeared to surprise and/or overwhelm Zlaticanin, who found himself on the canvas twice in the second round with the second one being the fateful stoppage.

Zlaticanin, who was rebuilding himself on the small club show circuit in hopes of getting a big fight in the future appears to now be looking at a tough fall from grace as he will from this point on be in very difficult bouts.

As for Ramirez, he now has a marquee win, something he was void of prior in his career and hopefully can parlay this into something intriguing.

The main event saw welterweight Mikkel LesPierre looked as good as ever picking up a seventh-round TKO over Gustavo David Vittori. After the bout, LesPierre’s promoter, Lou DiBella applauded him from ringside. Needless to say, LesPierre impressed the right person on Thursday night.

Super featherweight Jude Franklin gets a fourth-round stoppage over Enrique Aguillar, when Aguillar was unable to answer the bell.

In the opening bout, super welterweight Jose Roman had a great five rounds before getting rocked in the final round against Marcus Beckford as he survived to the final bell. It was a learning experience for Roman, which will make his next bout interesting to see how much he learned from it.

Alicia Napoleon was supposed to fight, but her opponent never showed up to the weigh-in the day prior leaving her opponent-less despite putting in a full training camp.

Thompson Boxing returned to the DoubleTree in Ontario, CA with another one of their star-studded shows. The main event saw Isaac Zarate obtain an eight-round decision over Ramiro Robles.

Super bantamweight Saul Sanchez picked up a third-round knockout Leonardo Torres in a six-round bout. Saul Sanchez, the brother of Emilio Sanchez, is one of the best fighters signed to Thompson Boxing Promotions and a fighter at the lower weights worth taking note of. Sanchez also is a fighter who is learning how to pace himself in fights as he throws a lot of power shots early and often, something that he did a better job of not entirely doing in this bout. As Sanchez goes to the eight and ten round fights, his

Lightweight George Acosta got a four-round decision over previously unbeaten Alberto Castillo. Acosta is a solid fighter, but a troublesome sign is that in his first five wins, he only has one knockout.

Super bantamweight Brandon Valdes picked up a four-round decision over Jose Naranjo and featherweight Anthony Chavez, who is trained by Henry Ramirez of Riverside, CA, picked up a first-round knockout of Josafath Vazquez to open the card.

Martin Murray bested Roberto Garcia in a forgettable affair on ESPN+. The bout was a makeshift fight after Billy Joe Saunders pulled out of the fight last-minute under dubious pretense.

The win will now set-up Murray for his fifth world title shot as Murray has lost his previous four world title fights.

Miguel Berchelt picked up a third round technical knockout win over Jonathan Barros in Mexico. On a different card in Mexico, Miguel Roman picked up a second-round knockout.

Berchelt versus Roman seems to be the fight that should be made as well as a fight that HBO would gladly pay for since it is a battle of two proud Mexican fighter who have a tendency to throw distance and skill out the window to wage war, which seems to be a direction HBO is invested in going.

French heavyweight Tony Yoka picked up a tenth-round TKO as the 2016 heavyweight gold medalist looks to be on the fringe of title contention heading into next year. Super welterweight Souleymane Cissokho, the king of uppercut got a ten-round decision over game veteran Carlos Molina as well.

What a difference a few months makes as super welterweight Mark DeLuca headlined his first ESPN card earlier this year only to drop a split decision to Walter Wright off television. The 30-year-old veteran, DeLuca with 22 professional fights now has to contemplate things as it appears he will now be coming in on the b-side for major bouts moving forward.

Boxing Weekend Recap: Shields gets up, Vergil Ortiz is a star and more