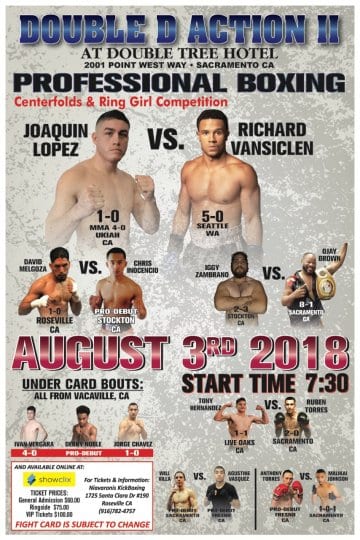 Nasser Niavaroni’s Uppercut Promotions returns Friday, August 3rd in Sacramento, Ca at the DoubleTree Hotel. The card is headlined by Sacramento, Ca heavyweight O’Jayland Brown against a game and tough veteran Ignacio Zambrano in a six-round bout who will be fighting after a year and a half layoff. Also featured on

(Aug. 2, 2018)  – ESPN and Top Rank, the world’s premier boxing promotional company, today announced the most comprehensive, exclusive rights agreement in the history of boxing. This new seven-year deal runs from 2018 to 2025 and includes 54 events per year, as well as a full offering of exclusive shoulder programming, 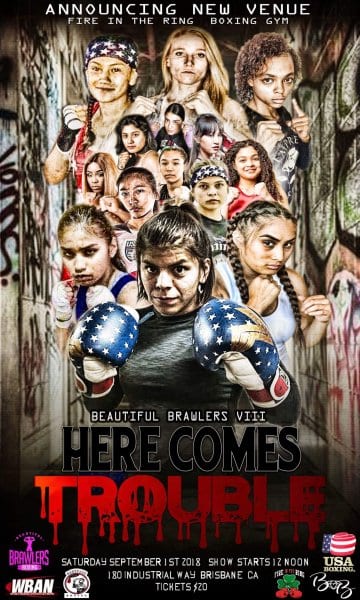 The all-women annual amateur boxing event “Beautiful Brawlers VIII” will now take place at Fire in the Ring Boxing Inc on September 1st as to meet the needs of the capacity of the anticipated crowd. The bout card will feature two rings as well as awards and the best amateurs in

Marcos “Madman” Hernandez to Appear on The Contender Series

FRESNO, CA (August 1, 2018) – Marcos “Mad Man” Hernandez (11-1-1, 3 KOs), who is advised by Al Haymon and fighting under the Premier Boxing Champions platform of fight cards, will appear on the upcoming season of The Contender on EPIX®. The highly anticipated 12-episode season, from MGM Television and Paramount Television, will premiere on EPIX® on Aug.