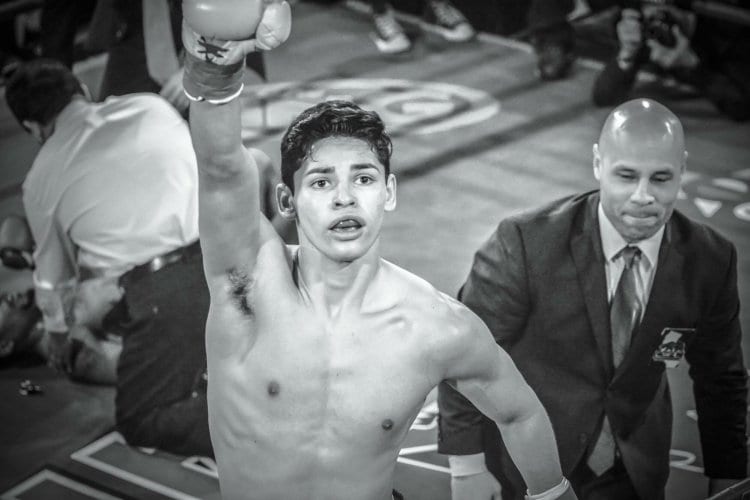 He’s a 15x National Champion, one of the most talented prospects in the sport of boxing and with over a million followers on social media he has all the makings of becoming Golden Boy Promotions next Superstar. Now the stage is set for the NABF, NABO Super Featherweight champion and Victorville native, “King Ry” Ryan “The Flash” Garcia (15-0, 13 KO’s) to step up in competition and go toe to toe with his toughest challenge to date when he takes on NABA Super Featherweight Champion Carlos “The Solution” Morales (17-2-3, 6 KO’s) of Los Angeles, California, in a ten round bout Saturday, September 1st live from Fantasy Springs Casino and Resort in Indio, California. Garcia who has showcased his power and has had several highlight-reel knockouts, including two stunning first round KO victories over Miguel Carrizoza and Fernando Vargas looks to keep his winning streak alive when he takes on Morales. Recently, however, Garcia has had a major shakeup in his camp as he decided to part ways with his father and longtime trainer Henry Garcia. Taking over the responsibilities of keeping Garcia’s undefeated streak alive is his former amateur coach, Danny Luna. Garcia who is managed by Roger Ruiz, looked less than stellar in his last performance against Jayson Velez now has the opportunity to silence the naysayers when he enters the ring to face another well-seasoned fighter in Morales. Garcia recently stated “I feel amazed, honored and excited to fight Morales. I’ve changed up my team and we’ve been working on my craft. I’m more focused now than ever before, and I’ve been working on the body shots. I won’t reveal too much now, so everyone will have to tune in. I’m going to show fans why we are the hottest thing in boxing.” Morales, however, will definitely be the most accomplished opponent Garcia has ever fought as a professional. Morales the Mexican-born boxer, who now resides in Los Angeles recently spoke to ITR and truly understands the importance of his upcoming bout “I know that beating Ryan will give me the recognition I deserve, and I know that his inexperience will be the key factor in my victory. I’ve been in camp with speedy fighters that resemble his amateur style and once I get in the ring I’m going to take it to Ryan, he’ll be forced to fight me every round and that will nullify his style.”

In the co-main event the WBC-USNBC Super Welterweight Champion, Neeco “The Rooster” Macias (16-0, 9 KO’s) of Tehachapi, California will put his title on the line when he faces undefeated Golden Boy Prospect, Marvin Cabrera (8-0, 6 KO’s) of Los Angeles in an eight-round bout. For fans in attendance and tuning in on Facebook, this fight has all the potential to steal the show as both Macias and Cabrera come forward aggressive fighters. Macias recently spoke to ITR and stated “Camp is going well, I fell very strong and I’m in the best shape of my life. Our team was already in camp as I was in the process of preparing to fight Yoshihiro Kamegai but that fell through and a few days later we got to call to fight Marvin Cabrera, so our team jumped on the opportunity to fight him.” Stated Macias “ This week I’ll get some sparring in with some southpaws and make a few minor adjustments to ensure we get the victory. I know we’re the underdogs and he’s a Golden Boy fighter but Fantasy Springs is my home away from home. I fought there during the amateurs and fought there several times as a professional so honestly, it’s just another day in the office for me. I’m 27 years old now and need to make the most of whats put in front of me if I want to become a world champion, and that starts with beating Cabrera”

Also on the card Alex Rincon (4-0, 4 KOs) of Dallas, Texas will return in a six-round super welterweight clash with an opponent TBA. Kevin Ventura (9-0, 8 KOs) of Omaha, Nebraska will participate in a six-round lightweight fight, and George Rincon (4-0, 2 KOs) is scheduled to fight in a four-round battle in the super lightweight division.

Hall of Famer Marco Antonio Barrera will be the special VIP guest for this action-packed event. The native of Mexico City, Mexico is recognized as one of the best pugilists that Mexico has ever produced. In his legendary career, Barrera defeated the likes of “Prince” Naseem Hamed, Johnny “Mi Vida Loca” Tapia, and Kevin “The Flushing Flash” Kelley. Barrera also had two spectacular fights against Manny “Pacman” Pacquiao and participated in a legendary trilogy against Erik “El Terrible” Morales. Barrera will be in attendance for this event to meet fans, sign autographs and take pictures inside the Fantasy Springs Special Events Center. The meet-and-greet is open to the public with the purchase of a ticket to the event.

Times for the event, along with opponents for the undercard, will be announced shortly. Tickets for the event go on sale Friday, Aug. 17, 2018 at 10:00 a.m. PT and start at $25. Tickets will be available at the Fantasy Springs Resort Casino box office, by calling 1-800-827-2946, or by purchasing online at www.fantasyspringsresort.com. 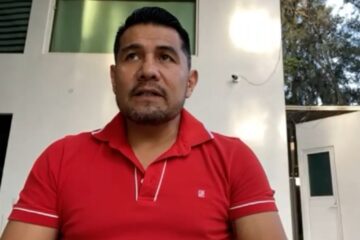