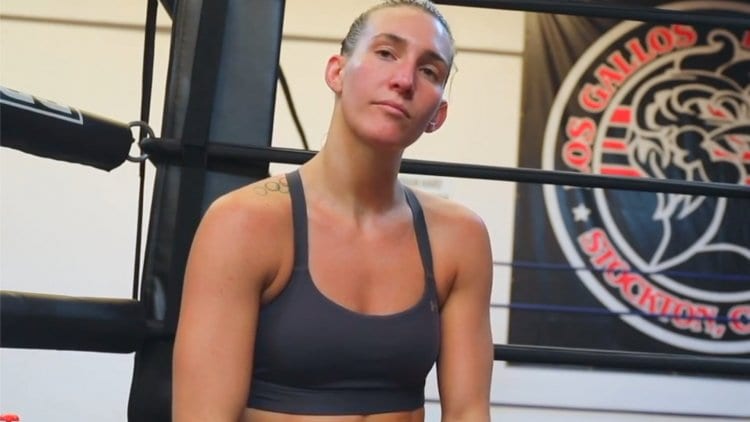 Women’s lightweight and 2016 U.S. Olympian Mikaela Mayer returns to action this Saturday at the Gila River Arena in Glendale, Arizona on ESPN, the bout will mark her official ESPN debut, the first of what should be many. What makes Mayer so unique is the fact that we have never really had a boxer like Mayer, ever.

Mayer is a very attractive woman with a truly elite amateur boxing pedigree, a unique story and beyond that the ability to get men to watch boxing based on her beauty just as much for her talent. In short, the ceiling for Mayer’s career could be a female Oscar De La Hoya, as she has the skill and looks to potentially bring people in who would never be involved in boxing or watch the sport.

That being said it sort of dumbs down the talent of Mayer talking about her in just that way. Mayer is in the top three of her division as it is her, Katie Taylor and Selina Barrios then everyone else. Mayer beat staples of women’s boxing such as Heather Hardy in the amateurs and has a frame as well an ability to use distance to frustrate foes.

It is hard to believe Mayer has only been professional for just one year.

“It’s flown by. It doesn’t feel like a year, for sure. It’s been so busy. Top Rank has been keeping me busy. It’s my seventh fight in a year, pretty much unheard of for women’s boxing. I feel great.” Mayer said when reflecting back upon only being a professional for the duration of one year.

Mayer steps into the ring this Saturday with six fights, half of those fights ending by way of knockout. This fight for the average boxing fan or the one who turns a fight on during the weekend this will more than likely be their introduction to Mayer outside of highlights they have seen here and there or potentially seeing her in the Olympics.

“ESPN+ was definitely an opportunity for people to see me fight and mature, so that was cool, but I’ve been waiting for my first televised fight. I think it’s happening at the perfect time. I’ve learned a lot this past year. I’m ready to showcase my skills in front of the world.” Mayer said.

Another aspect of the Mayer story is her relationship with her coach, Al Mitchell. A U.S. boxing coach, who was skeptical of women’s boxing until he met Mayer. The two are now a duo, like most elite fighters as the fighter and coach simple move in unison .

On a card headlined by Ray Beltran, a lightweight world champion who took the back streets to the world title, taking on former world champion Jose Pedraza in a bout that will see the winner potentially fighting Vasyl Lomachenko in December, Mayer feels like the youthful excitement to a card topped by veterans of the sport. Mayer feels like a rising tide at Top Rank, a female fighter who will more than fight for a world title by the end of 2019 and potentially headline cards in Los Angeles, Ca.

In a world that is in constant flux and change, Mayer reflects a younger and more modern generation in a sport of boxing that often is in the dark ages when it comes to everything from technology to training and social issues. Mayer is a bridge to the rest of the world as an entry point to the great sport of boxing as she is so unique over the next few years

“I’m representing, not just myself, but women’s boxing. I want to show people that we have what it takes to fight on the big stage.”