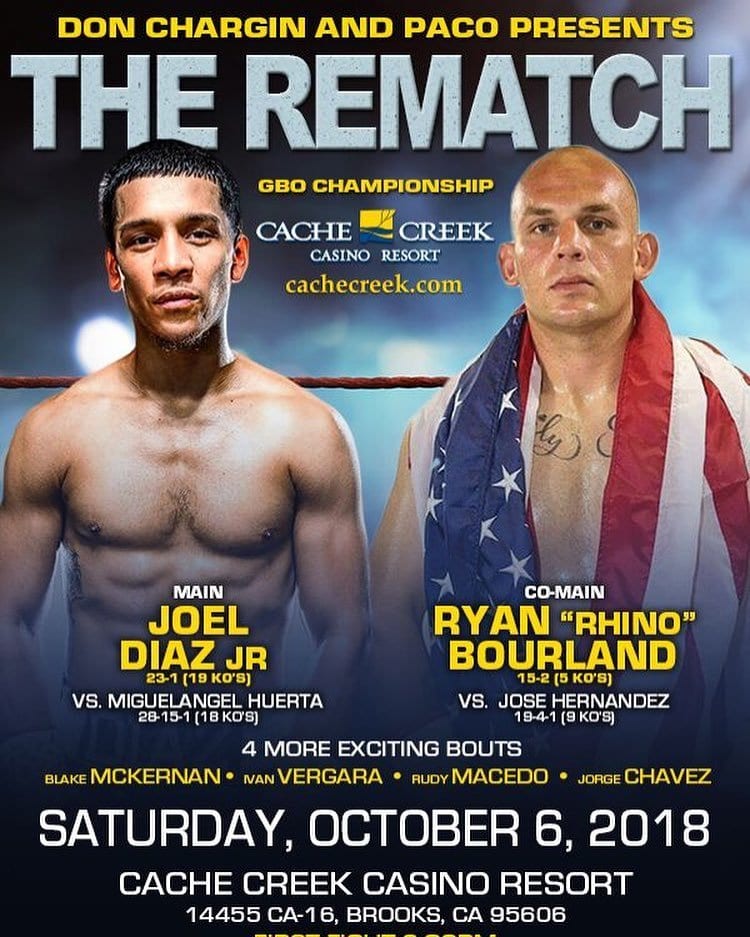 Ever popular light heavyweight Ryan “The Rhino” Bourland will rematch Jose Hernandez in a rematch from their bout February 10th of this year at the same venue in which Hernandez won a split decision, on October 6th at Cache Creek Casino and Resort in Brooks, Ca. The 10-round bout will be for the vacant Global Boxing Organization light heavyweight title as Hernandez won the belt in February, but lost it in a bout against Mike Lee later this year.

This is the definition of a grudge match with Bourland looking to prove that the judges got it wrong the first time with a statement.

The main event for the card will feature Joel Diaz Jr., who trains with Max Garcia in Salinas, Ca, will take on Miguel Angel Huerta in a 10-round bout. Diaz Jr. is a promising prospect, who is best known for his fight of the year bout with Guy Robb on ShoBox is coming off a tough loss to Regis Prograis. Diaz Jr. is looking to rebound from his lone career loss and rebuild.

WBU cruiserweight champion Blake “The Beast” McKernan will face Alfredo Contreras in a six-round title bout. Contreras is the most experienced fighter, McKernan has faced upon until this point.

Rounding out the card are welterweight Rudy Macedo who trains out of Vallejo, Ca, featherweight Ivan Vergara of Vacaville, Ca and power-puncher Jorge Chavez of Vacaville, Ca.

The card is promoted by Don Chargin and Paco Presents. 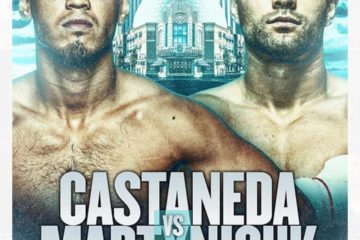