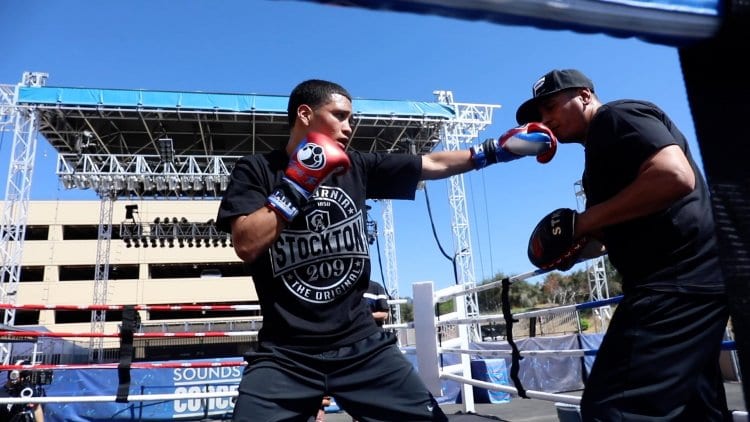 Lightweight Gabe Flores Jr. of Stockton, Ca, overcame an early deficit to win his ESPN debut from the Save Mart Center in Fresno, Ca, against tough veteran Roger Gutierrez via six-round decision.

Flores Jr., from the neighboring Stockton, Ca, started the fight off with a very active jab and controlled the round until the final second of the round when an awkward glancing blow hit Flores Jr. and dropped him, the referee ruled it a knockdown.