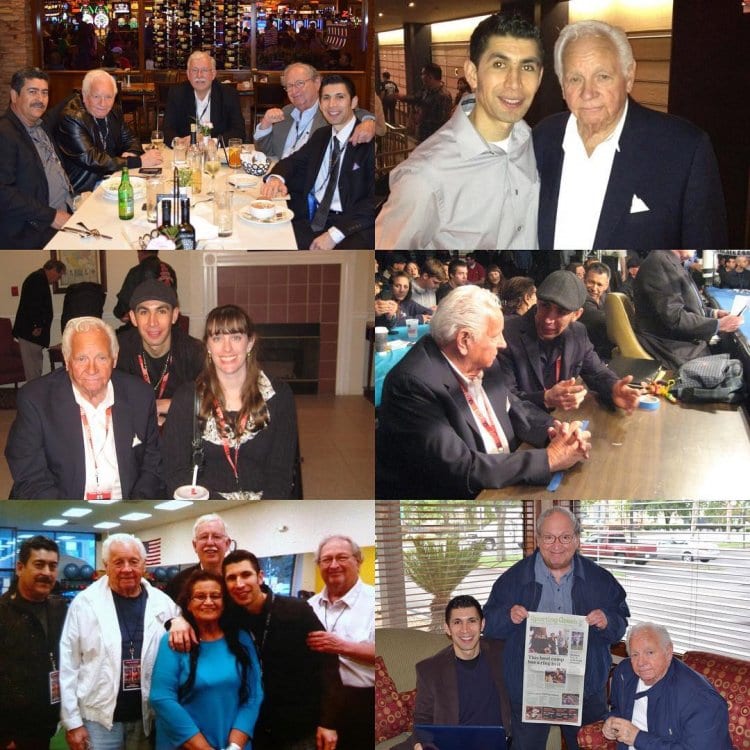 Hall of Fame boxing promoter and matchmaker Don Chargin died Friday at a San Luis Obispo hospital after a battle with lung and brain cancer.

Chargin, a member of boxing royalty, helped build the west-coast territory of boxing in the early days of the sport, with a major focus on Sacramento, Ca.

Chargin, 90, was still promoting cards in fact, he is actually promoting a card this weekend, October 6th, the weekend after his death.  Chargin had a way of matching fighters in a manner that made the fights entertaining as well as competitive while working with the budget he had.

Chargin along with Aileen Eaton and his wife, Lorraine Chargin proceeded to make a slew of memorable bouts from 1964-1984 at the Olympic Auditorium in Los Angeles, before heading up north.

The “War-a-Week” moniker stemmed from Chargin’s ability to put on show often without the bouts being lopsided.

Chargin, a legend in boxing, was also a consultant at Golden Boy Promotions, helping with many of the biggest fights the promotion put on.

“Today, the sport of boxing lost a legend. For decades, “War a Week” Don Chargin was universally known as a titan of promoting and matchmaking. His events at the Olympic Auditorium were not to be missed, and along with his wife, Lorraine, he was the linchpin of boxing in California and beyond. But to those of us at Golden Boy Promotions, he was so much more. He was a partner. He was a mentor. And he was a friend. To say Don will be missed doesn’t come close to explaining the sadness we all feel today.”

Chargin in the latter stage of his life continued to promote regional shows with Paco Damian in Northern California. These were the shows I started at and learned how to watch boxing at.
This weekend at Cache Creek Casino and Resort in Brooks, CA, Chargin posthumously will promote his final show with Paco Damian with a card on Saturday on October 6th, headlined by Joel Diaz Jr., but also featuring Ryan “The Rhino” Bourland rematching Jose Hernandez for the Global Boxing Organization super middleweight title.
Chargin who lost his wife Lorraine in 2010, who passed from cancer.  Chargin would reflect upon things not being the same without her. Lorrain Chargin was inducted to the International Boxing Hall of Fame in June, something that should have come far sooner. Don Chargin had been in the Hall of Fame since 2001.

Chargin was the senior ambassador of boxing promoters in the current era with more experience than any one promoter.

Chargin was also incredibly kind and generous. He was always willing to talk to the media and never was unwilling to share to knowledge both in terms of the fights being made as well as life and industry advice. Chargin was a true gentleman.